A good start on soffit

Whew, I wore myself out again today but I got the soffit down the sides put up and 6 of the 10 vents.  Then I ran out of steam.  The side toward the river is done. 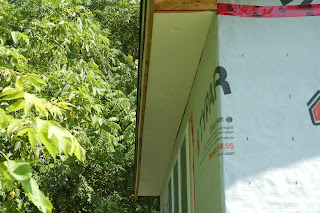 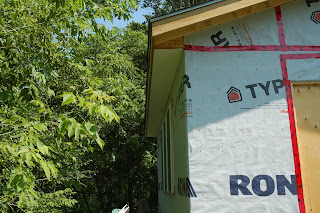 I put the soffit up on the other side first, then moved around, and started on my way back putting in the little disc vents.  By the time I started coming around to the sunny side again I was done in.  I am not extending the soffit out to the ends of the gables......just because.  No real excuse other than this is the whim that moves me.

I also found out my hole saw is metric.  The disc vents are imperial.  Which means that I have to do a bit of work with the file to get things to fit.  I got one put in on the sunny side before I gave in though. 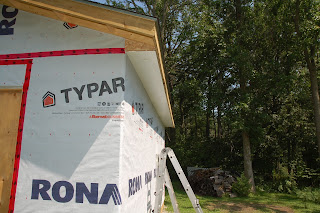 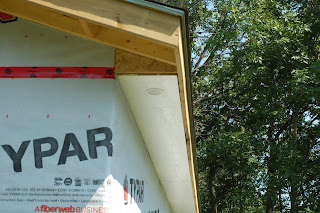 I have not posted a bigger view of the shop in a while.  It is looking good.  Though a bit like a billboard ad for RONA. 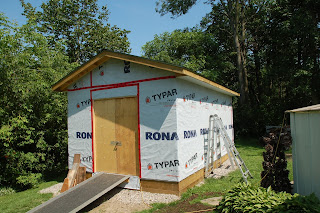 I also had a delivery yesterday.  I found 4 x 8 sheets of wood siding, on sale, at RONA.  I bought 18 sheets and did not expect them until Monday.  A lot cheaper than board and batten, but with a similar rustic look. 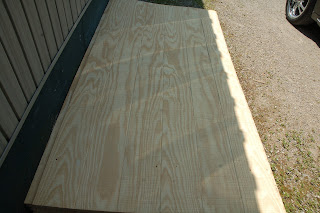 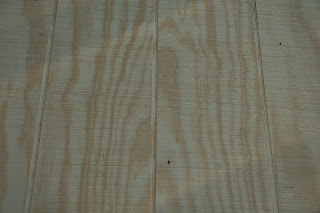 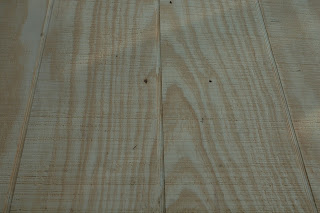 So far, the plan is to paint it "Barn Green".  Suitable I think for our rural area.  Lots of green barns around here.

So here I am, posting with my wrists aching, but not at all sweaty now.  I could not resist the urge for a bit of some refreshing activity. 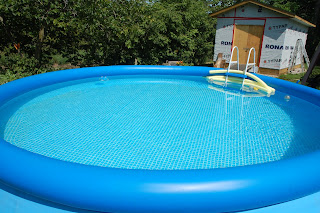 That's it for today.  Not a whole lot, but probably more than I should have done.  Working on a ladder, using a hole saw on the hand drill, making a hole over my head.  I think I will leave the rest until tomorrow.

Thanks for dropping by!
Posted by Watertone Workshop at Saturday, July 11, 2015