I won the saw by doing a survey at Bosch Tools.  I could not believe it when they told me I won it.  We went to the grocery store and when we came home it was sitting on the deck. 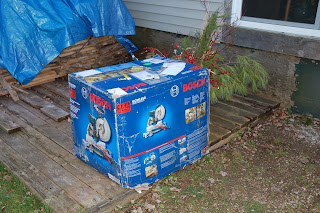 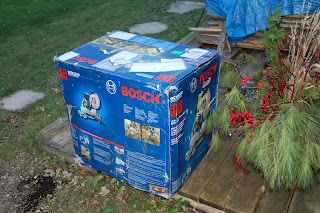 Sadly, the carton looked like everyone at UPS had a shot at it.  There were plenty of splits and the bottom was almost falling off.  Maybe they rolled it here. 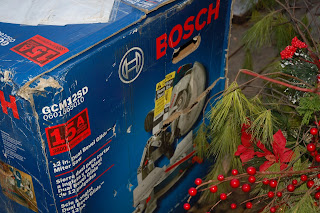 I put it in the house and let it set.  The camera I use for video had it's battery on the charger.  Finally, when it was ready, I dragged it into the kitchen and opened it up.  Wow, it is a heavy saw!  I think the specification is 65 pounds.

I went through the steps of getting it ready and had the camera rolling, so there is a video coming up.  The saw itself seemed to survive OK but the plastic tube for the dust collection was snapped off the machine.  All 3 of the mounting locations were snapped off.

I read the instructions and went through the machine, moving things and getting familiar.  This saw is more saw than I will ever need.  Ever since it came out I have been thinking that the 10" version would be the ultimate saw to own for me.  Now I have it's big brother.

After I was finished moving things around and getting familiar with it, I carried it out to the shop.  I will have to build something for it to sit on.  I am thinking of a shelf, open on the bottom, that the table saw can park under. 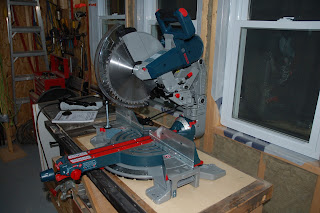 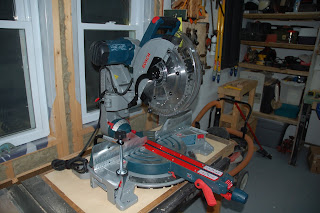 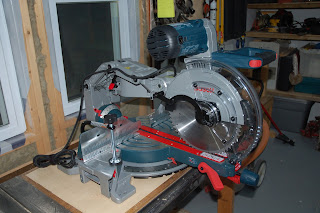 It is a beauty!

Also, I have been working on the "spice rack", actually it is to hold essential oils, but it is about the same build typed.  I got all the joinery for the rack part cut.  They fit pretty nice.  I can lift it and it all stays in one piece with just the friction of the joints holding it together. 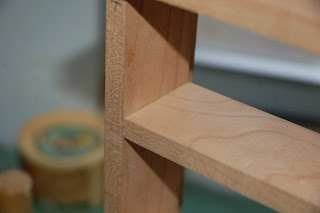 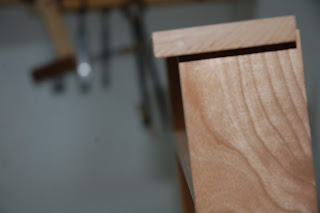 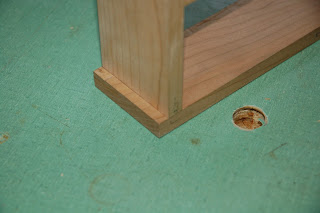 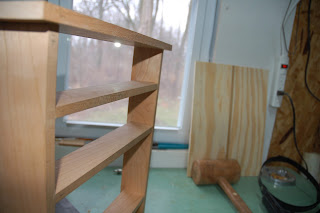 The panel in the background is a left over piece of spruce sheathing left over from the shop siding.  I sanded and planed it smooth and put a couple of coats of blo and wax on it.  I hated it.  It made the whole thing look cheap.

I searched around the shop and found a piece of maple and I got 4 nice boards from it.  I got them to the same thickness with the planer and then used the Record 078 to make ship lap joints in them. 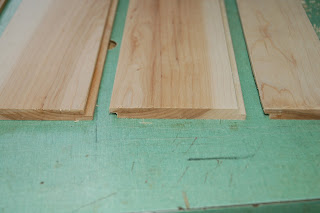 Then I fitted them to the back.  What a difference that made! 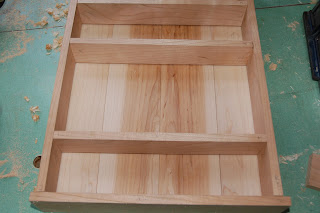 Another aspect I have been working on is the "crown" for the top.  I took a nice piece of the cherry (it is all coming out of the same board) and milled it to thickness and then, using the 078 again, routed a dado down the edge.  I am not sure, but when it goes with the grain, it may be called a fillit. 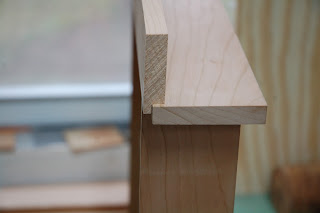 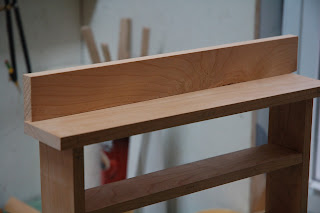 After I got the crown fitted to the top the little gears in my head went to work.  I thought about it all night and the next day I went to action with the brace and a centring bit, then a bit of saw work and work with the hand plane.  A bit more work with a file and a card scrapper and I was pretty happy with what I had.  The whole thing now looks like this.... 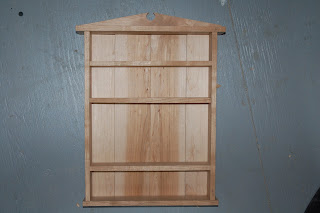 I think the next job is to do a bit of work cleaning up my building marks.  A touch here and there with a card scrapper or plane, and then glue it up.  I already have a panel for the drawer front that will be in the bottom.  I am still debating on a door for it.

So, exciting times.  The work is going slow.  I only manage a few hours a day in there, but I am getting closer.  I have more things I would like to make in time for Christmas, but I didn't plan on this build becoming so enjoyable to do with some hand tools.  I could have used more power equipment, but I really am enjoying doing the joinery by hand.  So, until next time....