I got the blo and wax on the trio of photo boxes today.  So they are pretty much done.  I will give them a bit more of a buff later in the week and add some cork feet to them.  The hinges were a bit of a disappointment in that I installed them before finishing to get them lined up, removed them for finishing, and then found out they are inconsistent in where the holes are and their size.  This prompted me to swap hinges from box to box until I got them close enough.  6 screws per hinge is a lot.  They are not perfect, but it is the best I could manage.  I did decide to put a small piece of walnut on the front for a lid lift.  There is another video on the hinge installation coming up.  I have to edit it yet.  But here are some photos of the finished boxes. 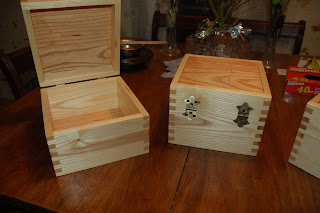 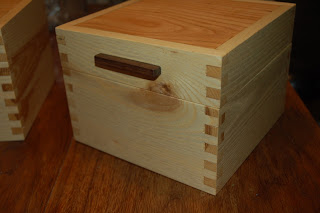 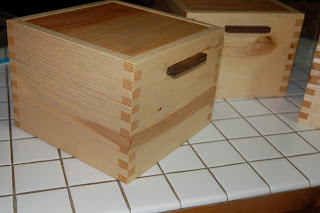 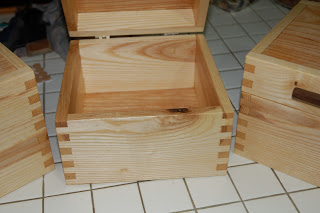 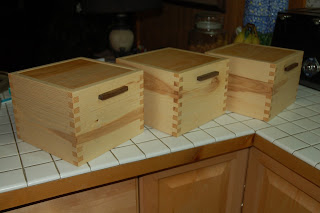 I really like the way I maintained the grain going around the corners and how the finish brought out the grain.  Once they get their final buff they will look even better.  I like them as a set, but they are gifts, going to different people.