I ran out of material today.  Perfect timing.

I started out moving a bit of gravel around.  The base was level and square when we left it last and remained so.  A bit of raking and shovelling was all that was needed to get the inside of the base how I wanted it.  I then took a roll of 1/4" galvanized hardware cloth....... 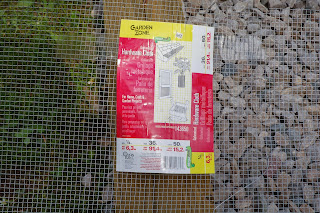 ....and ran it around the inside perimeter.  I attached it to the base with galvanised fence staples and threw some scrap side walk slabs on the inner edge. 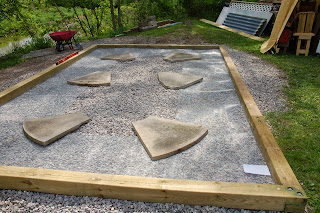 It will take a pretty ambitious critter to burrow through the 3/4" crush gravel all the way to the middle of the shed.  I am confident that it just isn't going to happen.

So, I was ready to start framing.  I had all the wood pre cut and a framing nailer I have never used.  It went pretty well.  It took a few shots to start to get a feel for it.  If you hold it too tight and not let it kick back it seems to not sink the nail all the way.  So you have to relax a bit while using it and let the machine do the job.  I had a few misses and a few that I had to pound in after too.  All in all though, it saved me a pile of work.  It would have been a boring video putting the base together, but I cobbled this together of clips I shot over the weekend.

I am really sore, but happy as a clam (are clams happy?) at what is done.  It is sitting a lot higher than I wanted, but there is a low spot in the yard right in front of it that I am hoping gets a load of fill in the near future.  There is still some gravel to move around the outside, but that can wait and be done any time.

This is what it is looking like as I write this. 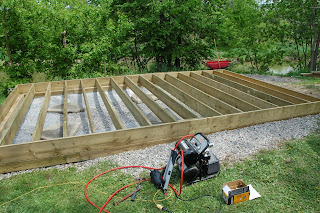 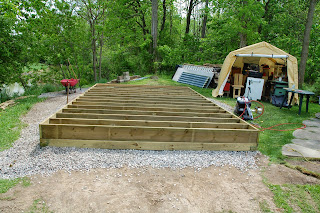 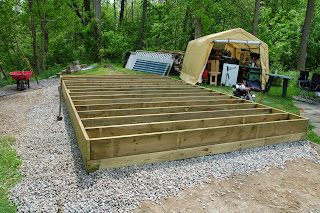 Once I got it all square I toe nailed it to the base.  Then I took one more step.  I bought a bunch of sealant some months ago.  It was really inexpensive at the ReStore, run by Habitat for Humanity.  Another of my favourite places to shop, good deals and the money goes to good use too. 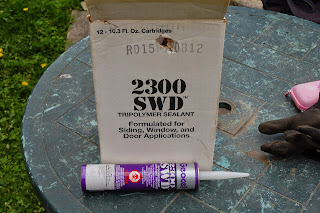 I used about 3 tubes of it and ran a thick bead inside the framing where it meets the base. 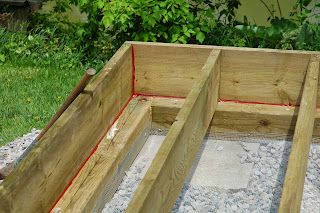 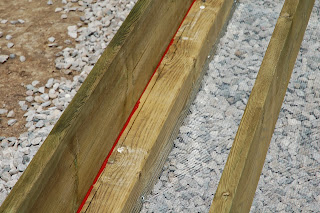 So, that was the last of the material I have on hand.  Tomorrow or Tuesday another load comes.  I can put the centre blocking in the framing, insulate it with mineral wool (critters and bugs hate that too, and dampness does not bother it), vapour barrier and sheathing.  That is apt to be the next post, so until then....

Thank you for dropping in!
Posted by Watertone Workshop at Sunday, May 24, 2015