Yup, the seasons are changing and the leaves are falling.  There is a lot to do getting ready for winter.  We have been slowly getting things done around the home.  We got a new tarp for the fire wood pile and that is all strapped down.  That will help keep the fall rains off it.  Around here the saying is that the snow does not come until the ditches are full.  By the looks of the weather report, that could happen soon.  A big rain storm is coming they say.  They are saying rain and high winds for the next couple of days.

We did get some snow already, but it has melted. 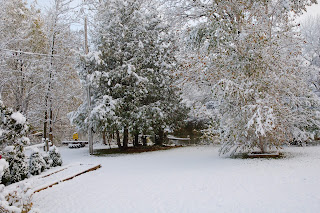 This prompted us to get at getting ready.  So now the winter tires are on the car and we went out and bought new boots for the year.  I bought the same model as my previous ones as they lasted 10 years. 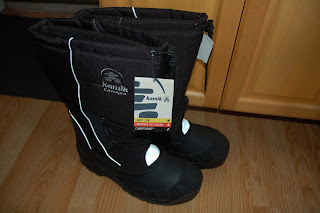 They ought to keep my toes nice and toasty for a while!


I have been doing a bit of work around the shop.  I have a bunch of ash that I milled down, and a piece of maple that I took from the firewood pile last year.  That, along with the box joint assembly I just made, ought to be going toward a box I think.

Also on the go are the making of videos.  I have one made and ready to post about a method I found on another You Tube channel, and a new one I just posted with a quick tip on small engines.

Just a short one, but it may be helpful.

I am also taking footage of the box build I alluded to earlier.  I still have not decided on the size, but I am getting clearer on the design.  I am making it up as I go and there have been more than a couple of nights where sleep would not come as I rolled it around in my head.  I have just been milling wood to see what I have and I will keep it within those parameters.

Well, I have a bit more to say, but it will keep until the external hard drive is handier and I can post the photos of what is going on.  So, until next time.

Thanks for dropping by!
Posted by Watertone Workshop at Tuesday, October 27, 2015