We are up to 2013 now right?  Gosh, I am going to run out of things to write about before the shop build starts.  I have got most of the plans made.  I am waiting for the snow to melt a bit so I can get out there with the tape measure and do the lot plan for the building permit.  I have most of my shopping lists made.  There is always something to add to them I find.  I have one list for the structure, one for electric, and one for heating.  I gave the last two lists to a guy who says he can get me a discount on the goods as he has a contractors license and can buy whole sale.  It looks like I may have found the help I need on the electric/heating end of it.  I am not sure, but I may have to hire out for the roof.  I am pretty shaky on ladders.  We will cross that bridge when we get to it.

In February we had a beautiful visitor to our home. 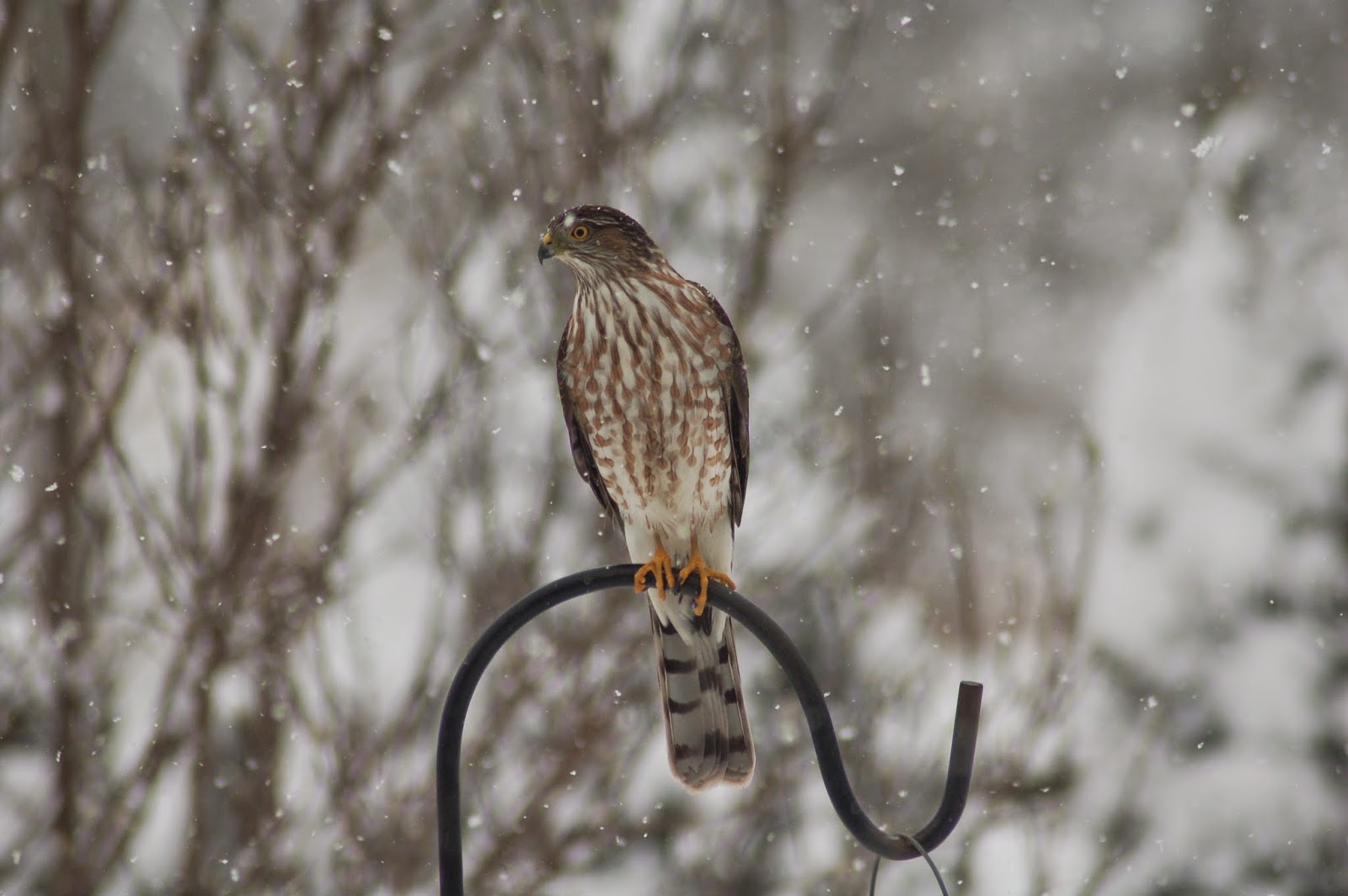 A Coopers Hawk.  He had a few meals of what was feeding at the feeders.  A couple of Mourning Doves made it on his menu.  Sometimes beautiful can be dangerous. 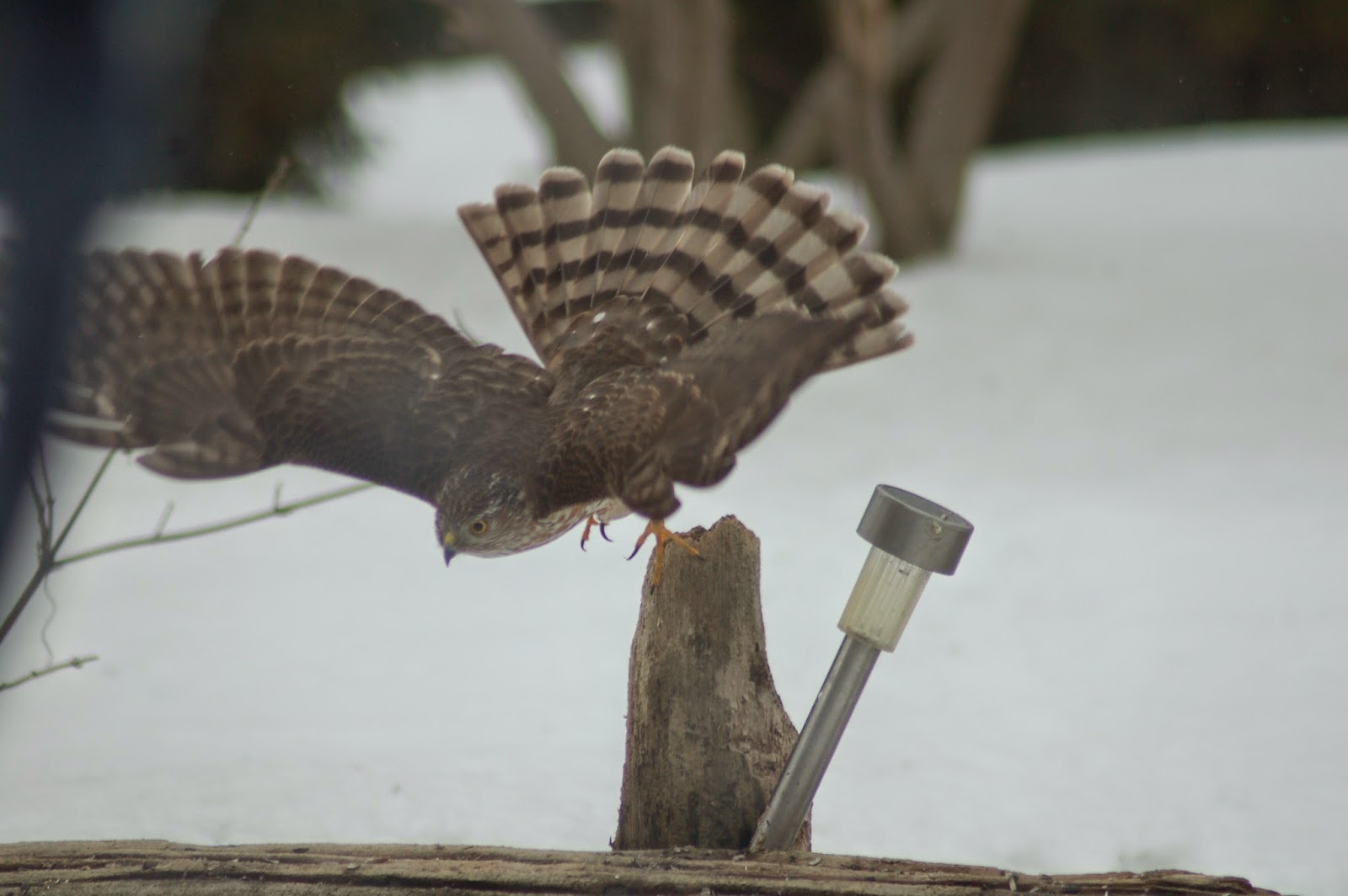 Loosing the doves did not hurt us as much as loosing our faithful and gentle companion Aggie.  Old age, health, and her hips finally caught up with her and she was in constant agony and losing all control of her motor functions.  There was no more quality of life for her, only agony and suffering so we had to call the vet in and we cried and let her go, quietly, at home, with hugs.

We took a little time and thought that it may be a good idea to give ourselves a year to mend.  Yes, let's take a year....... 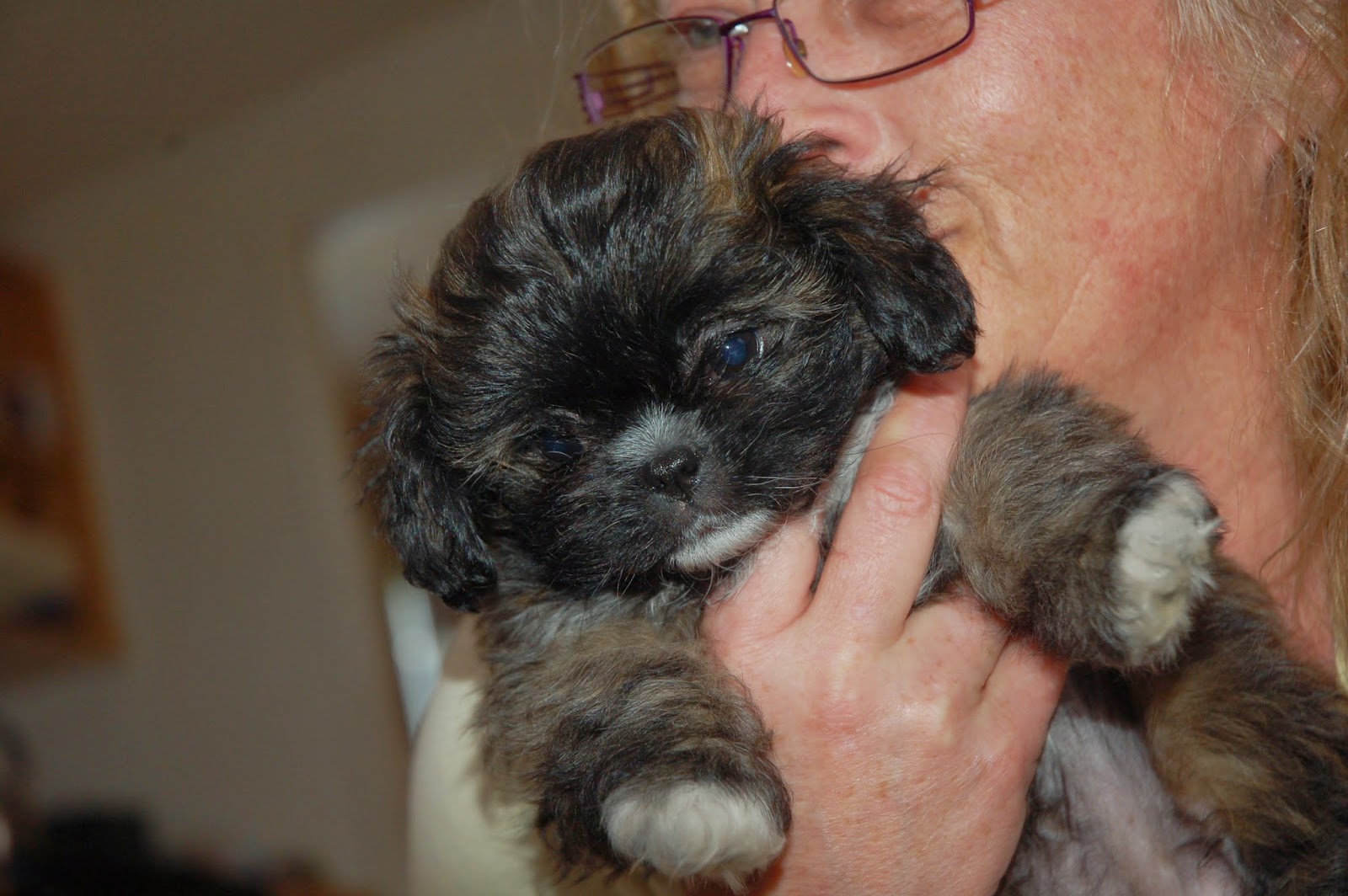 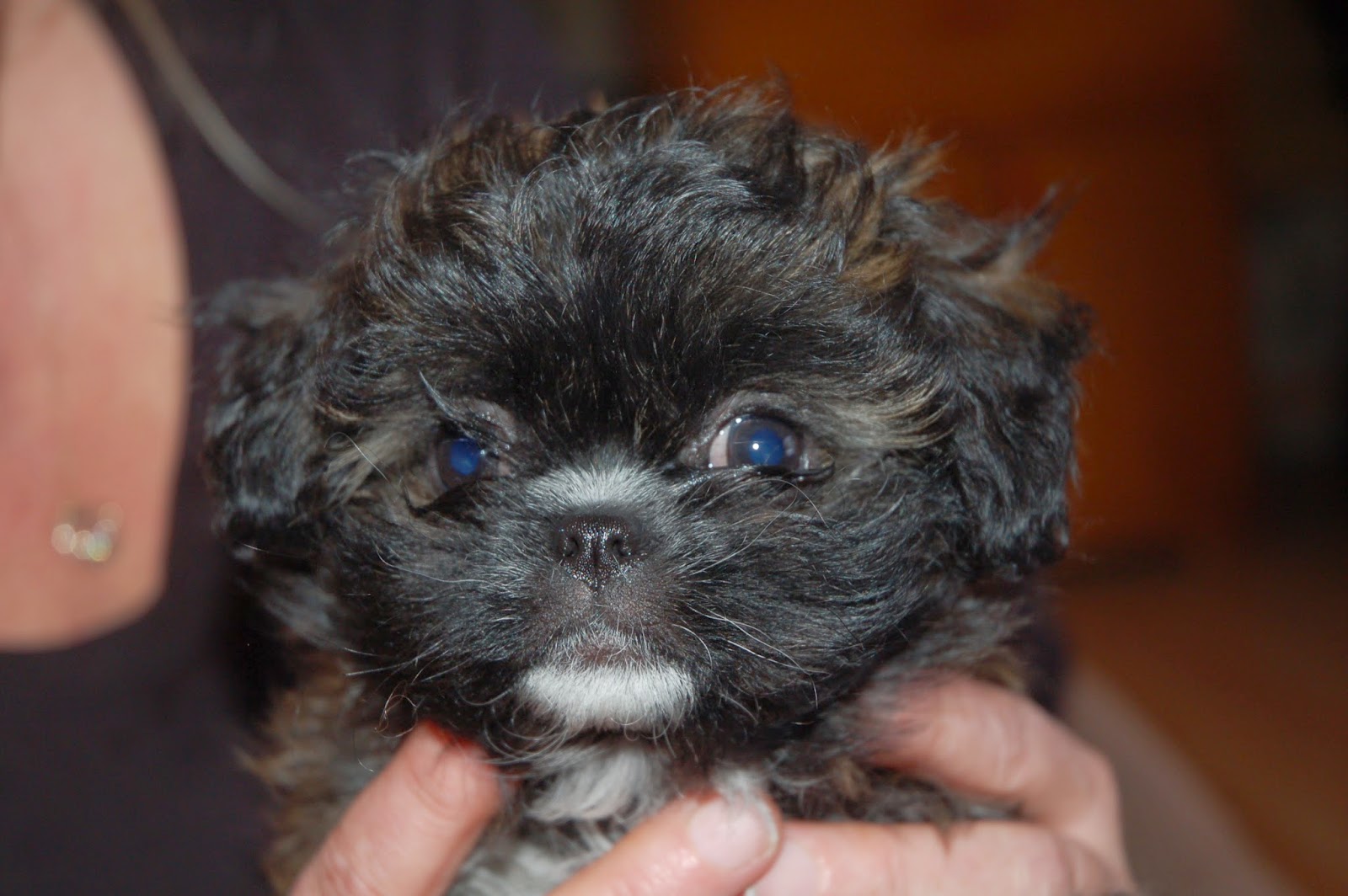 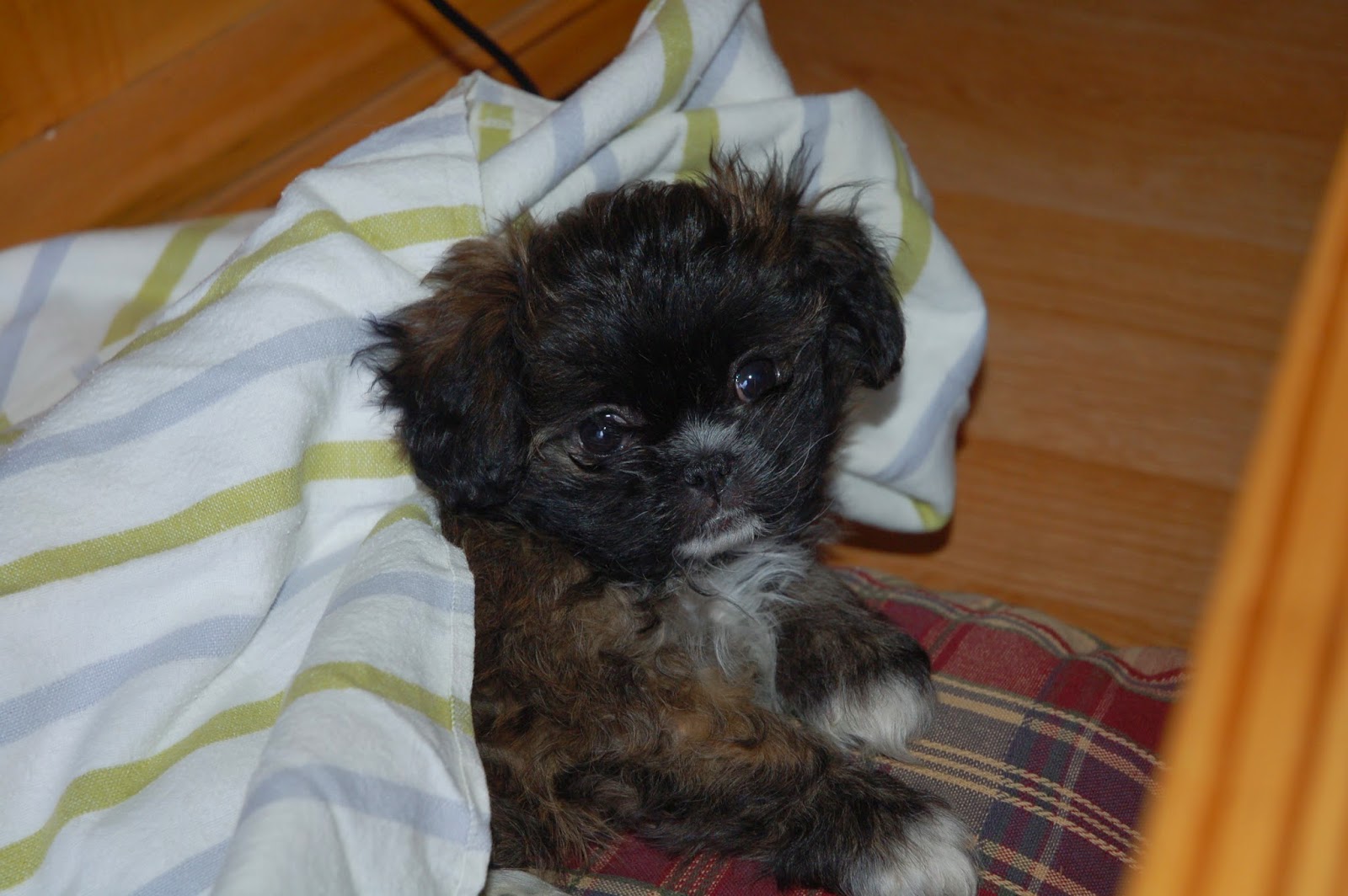 6 lbs of love that saved our hearts.  Meet Lil' Lee.  Sally stumbled upon her and was smitten and Lil' Lee easily worked her way into our hearts.  Now, once again, Sally has something to dote upon.  I admit the little critter has done my heart some good too. 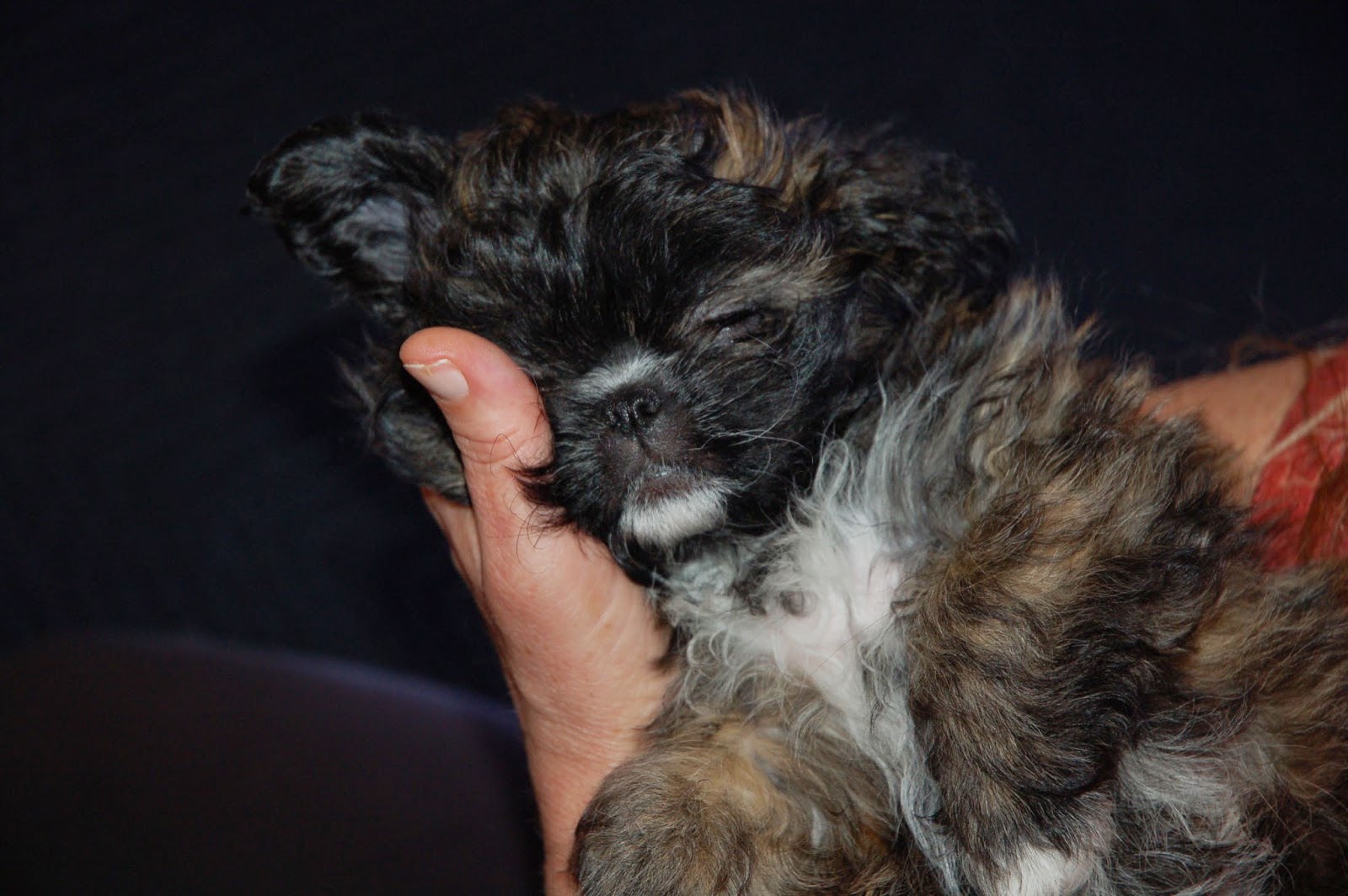 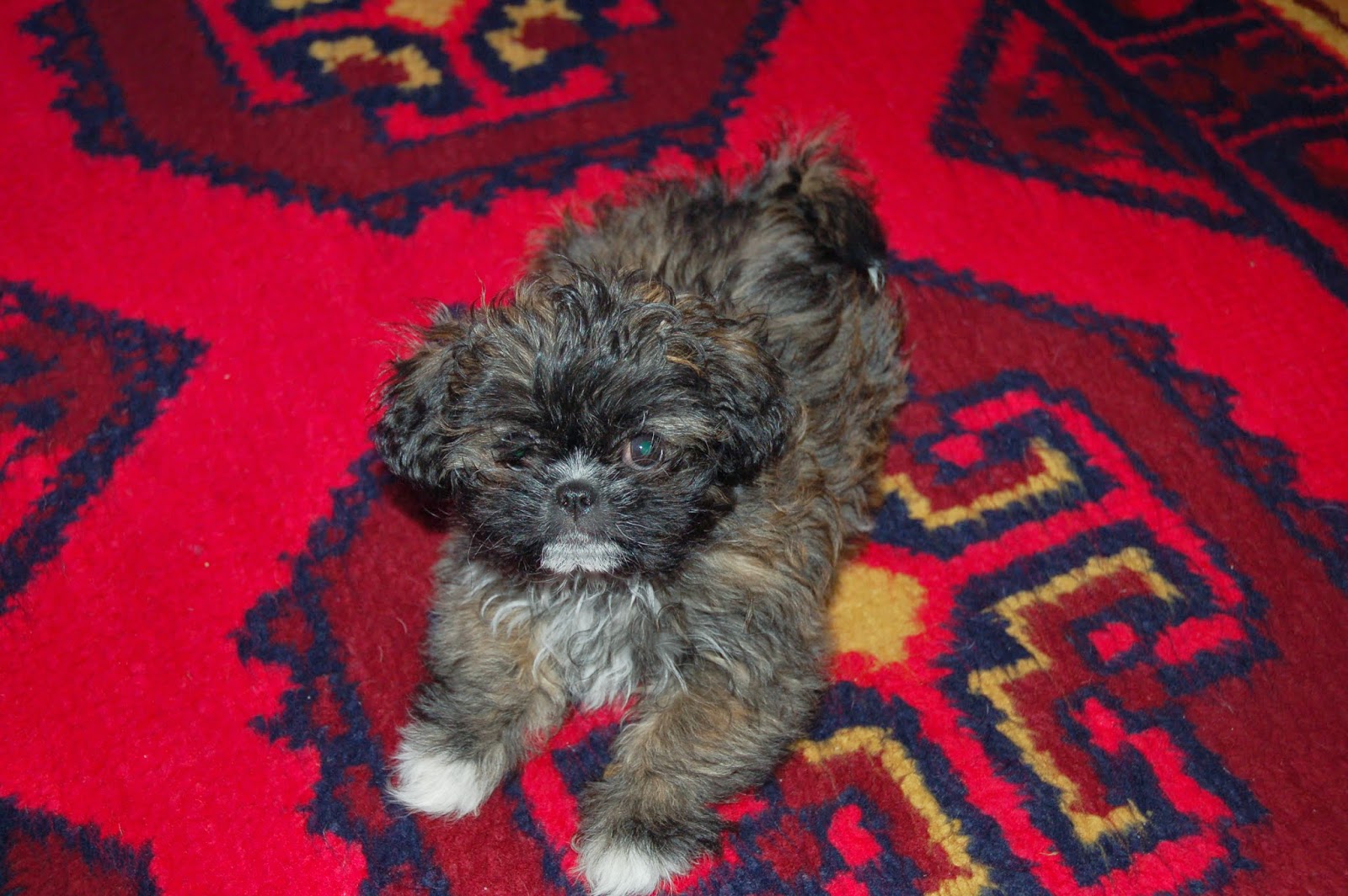 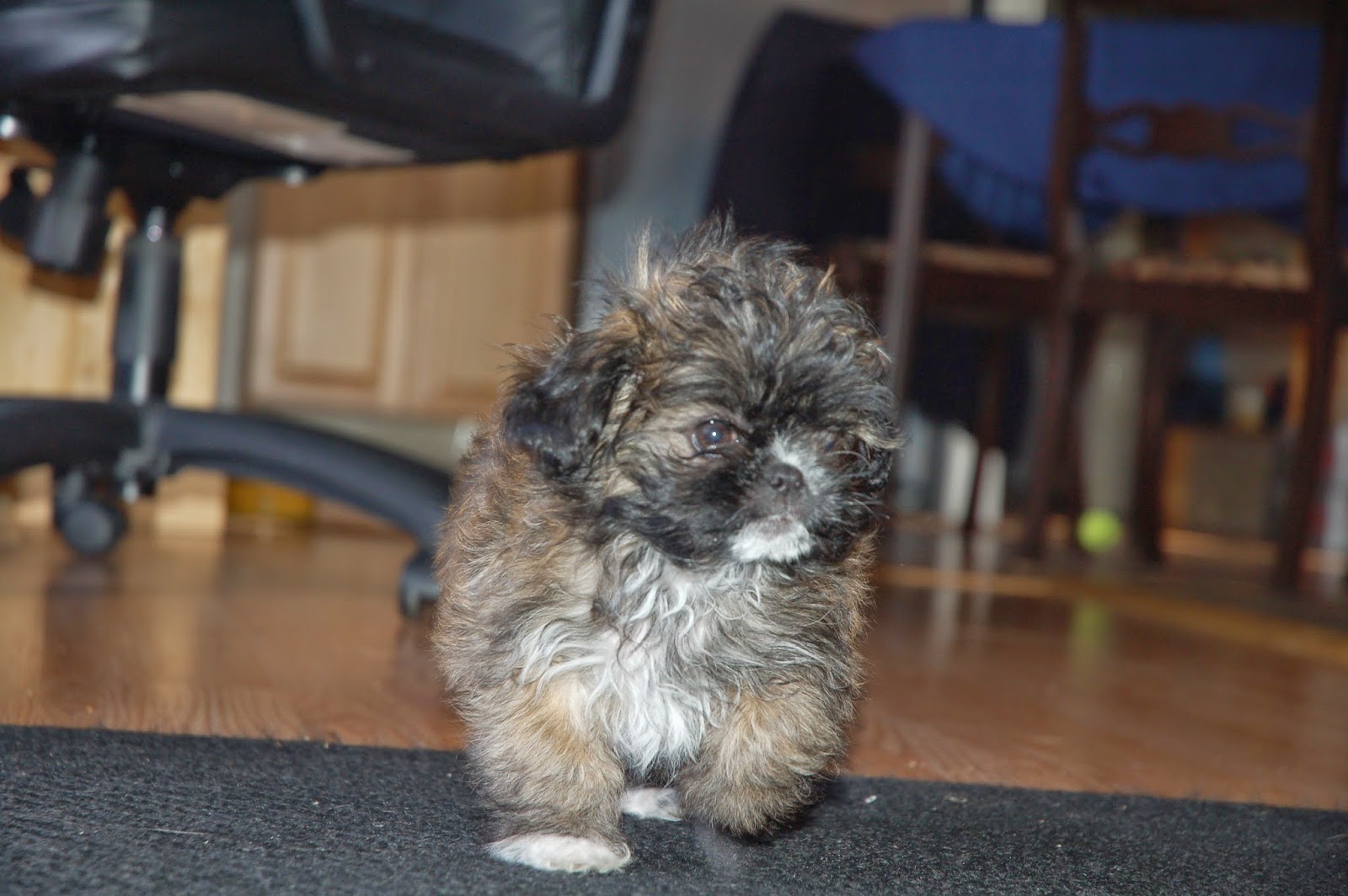 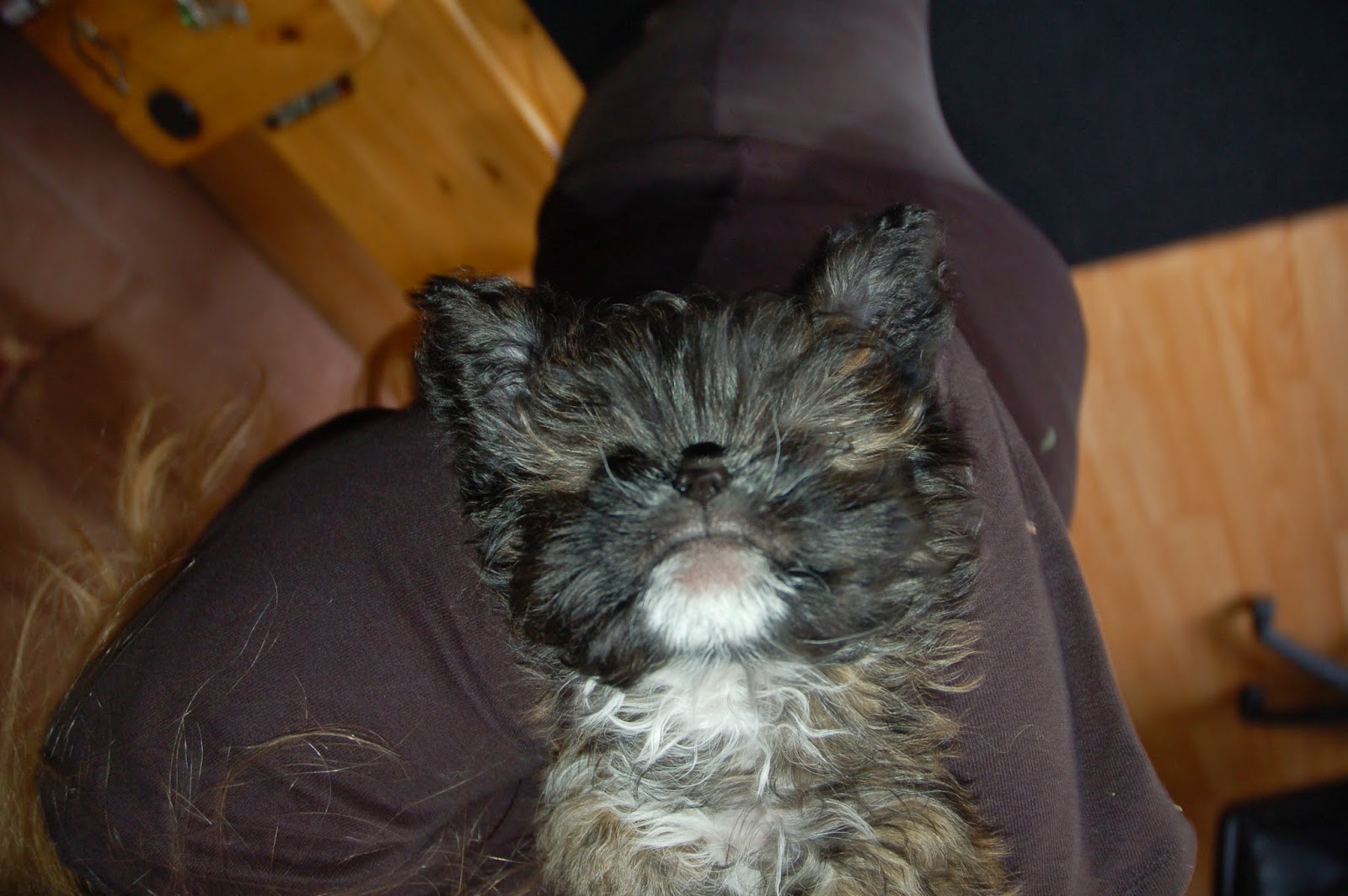 Both of her parents were 1/2 Shih Tzu and 1/2 Poodle (toy) so she is a Shih Poo.  Although we think sometimes there might be some Mog-Wei (from the movie Gremlins) or Ewok (Star Wars) in there too.  The name?....well, it was just before Easter (Lillies) and when we picked her up I suggested that since we were in London spending money on a pet. I ought to be allowed to go to Lee Valley for a present too.  As soon as I said "Lee" the dog got all excited and started wagging her tail and giving all kinds of kisses to Sally.  So the name became Lil' Lee.  Partly for the flower of the holiday, and partly because of the store.

There will be lots more pics of Lil' in the future, she is just too cute.  Bold as brass outdoors, and scared of heat registers and noises indoors.  Lots of stuff to explore outdoors, and we continue to get visitors that we would have never thought of. 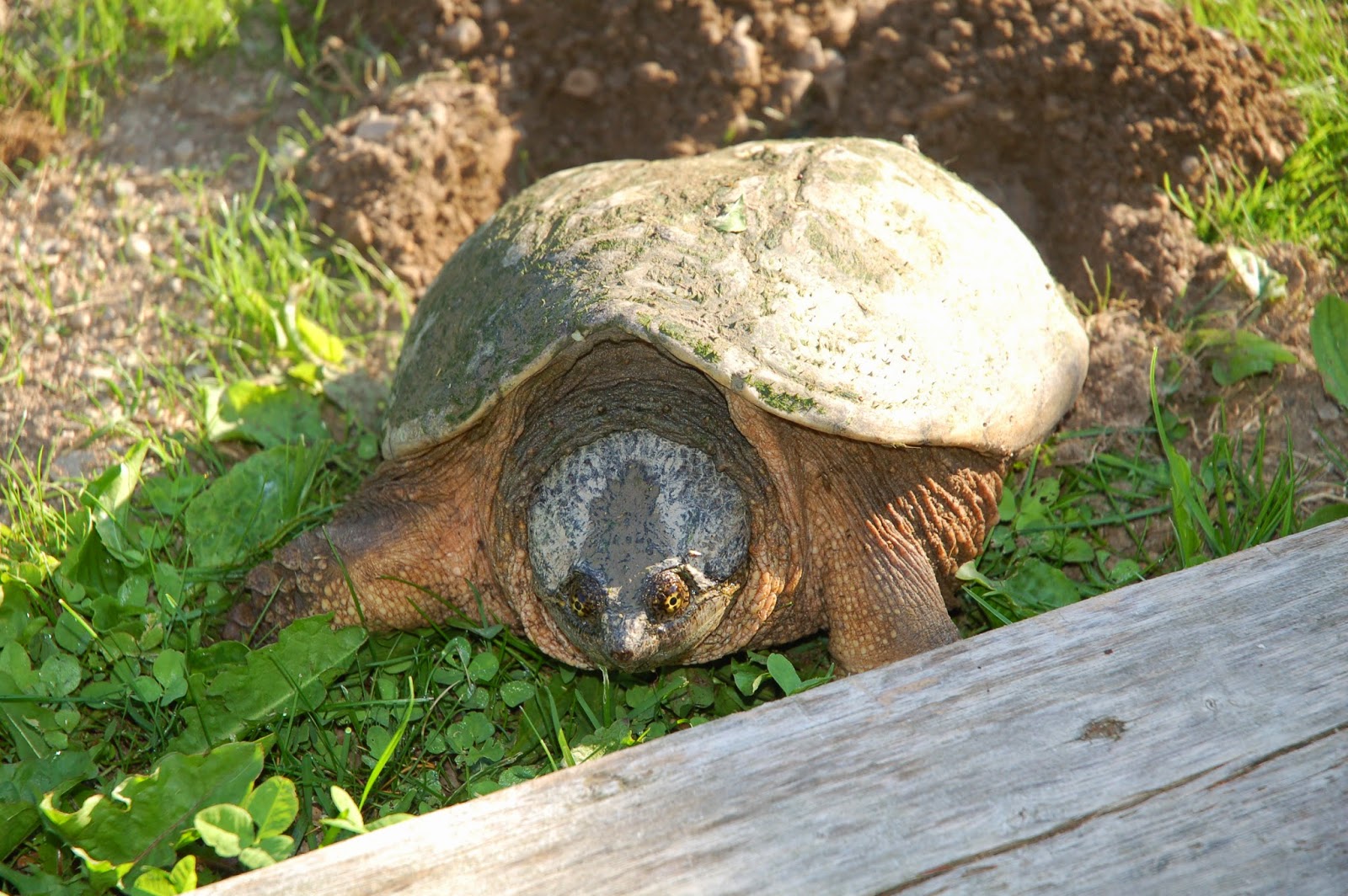 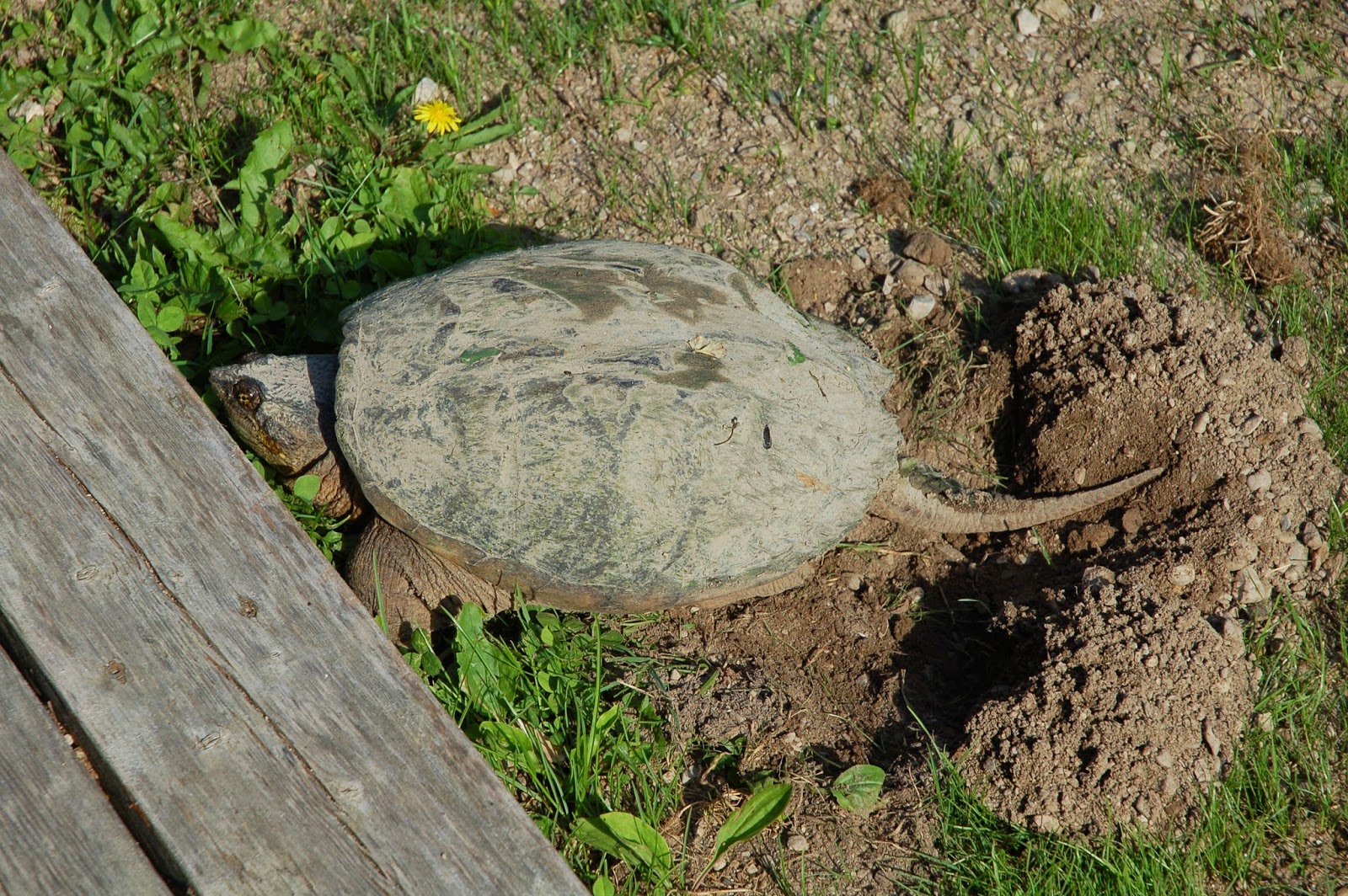 She did not lay any eggs, but was determined to look around for a spot.  Eventually she made her way back to the river and I filled the hole in the lawn.

Another experiment in the fall of the year was jelly.  We are in the habit of taking walks down the road and there are plenty of wild apple trees about.  We picked the ripe fruit and gave it a shot. 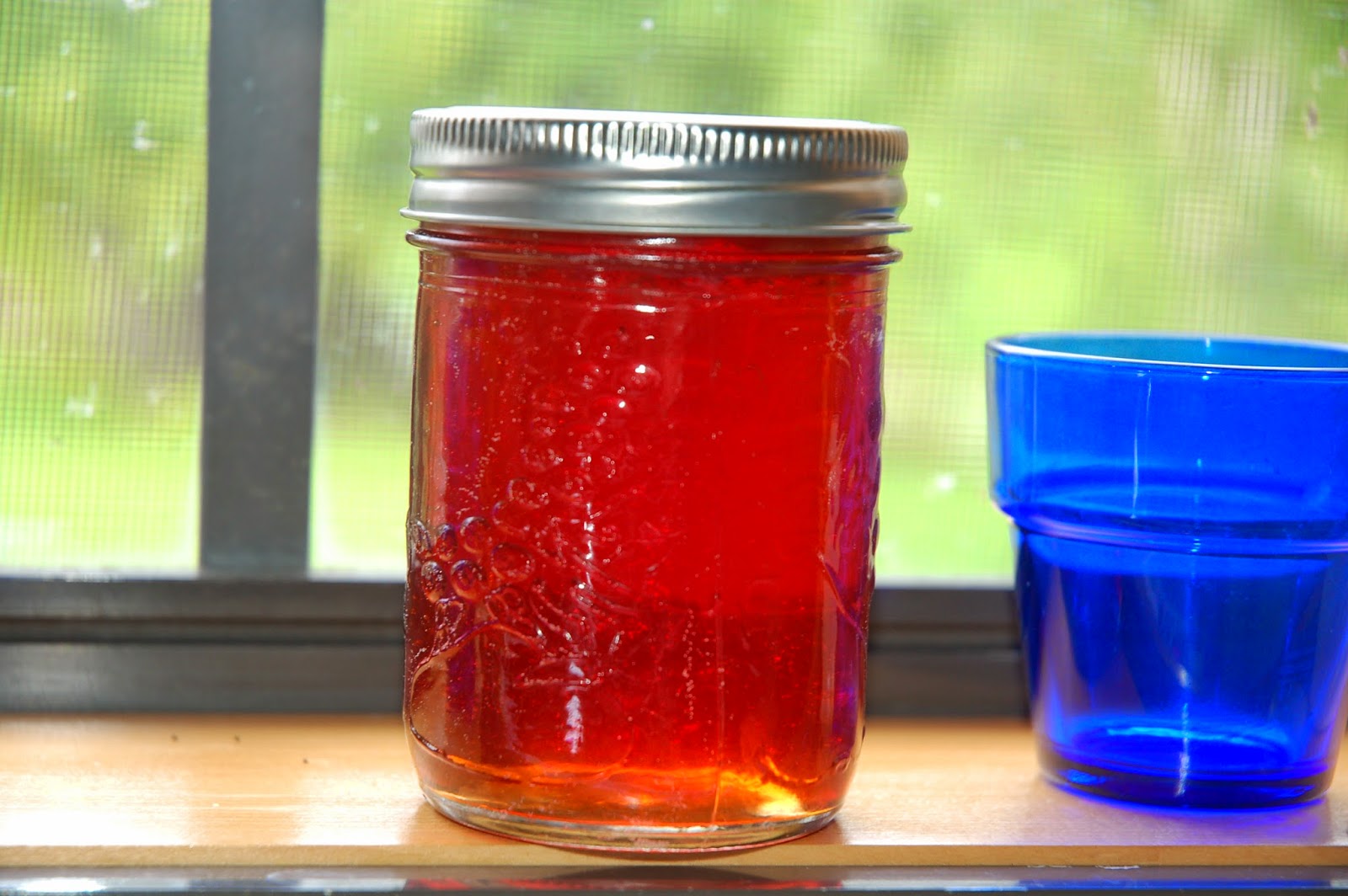 We have enough apple jelly to last a couple more years.  We don't eat a lot of it, but home made? It is a delight.

As far as wood working for the year, I did one significant project.  I built a saw bench.  But not just any saw bench.  I built the one from billyslittlebench .  Bill is one of the many blogs I read, I also subscribe to his you tube channel.  Bill is a fantastic hand tool wood worker and he has plans and videos available.  I would recommend his instruction in a heart beat.  As for the saw bench. 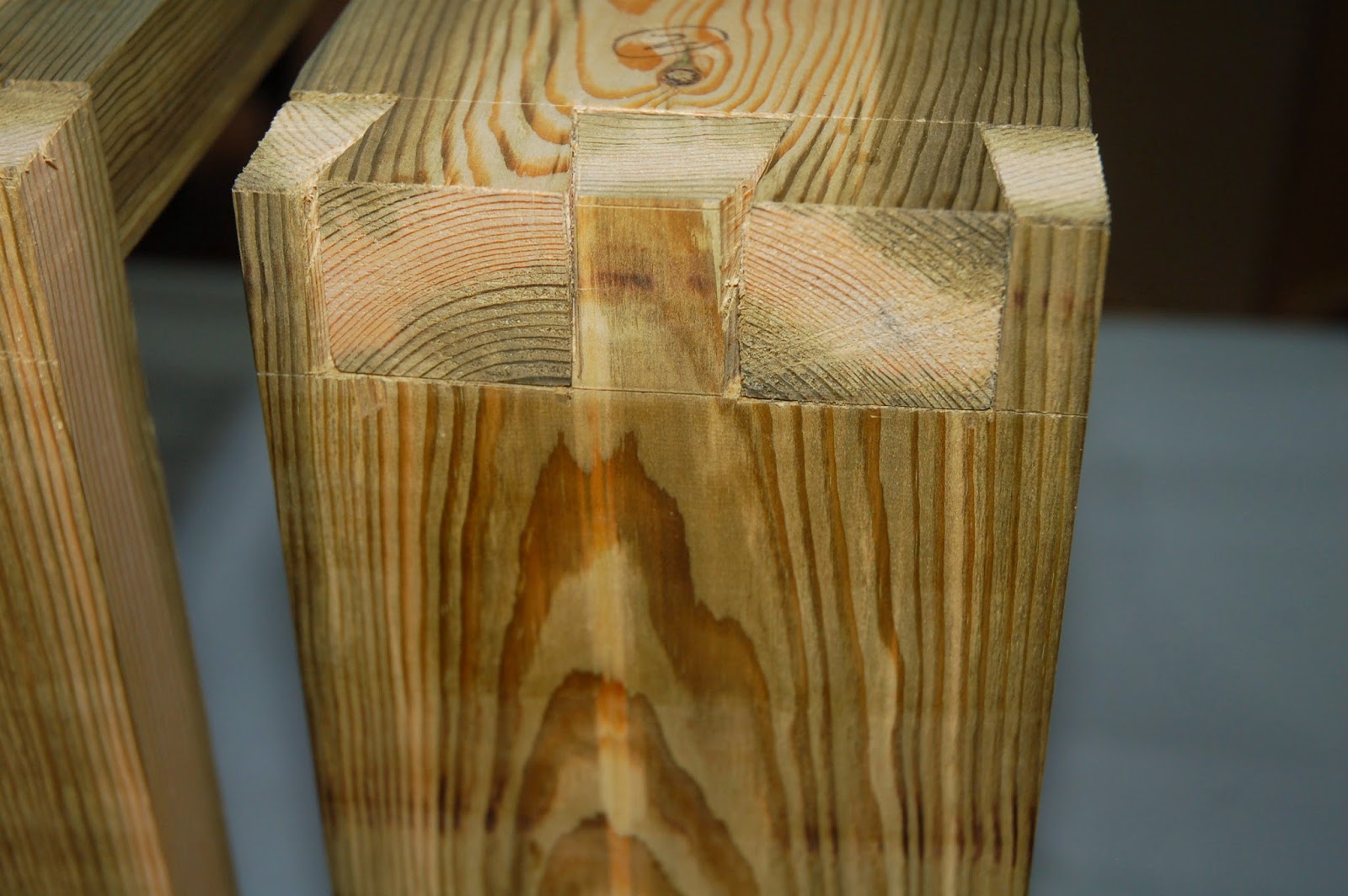 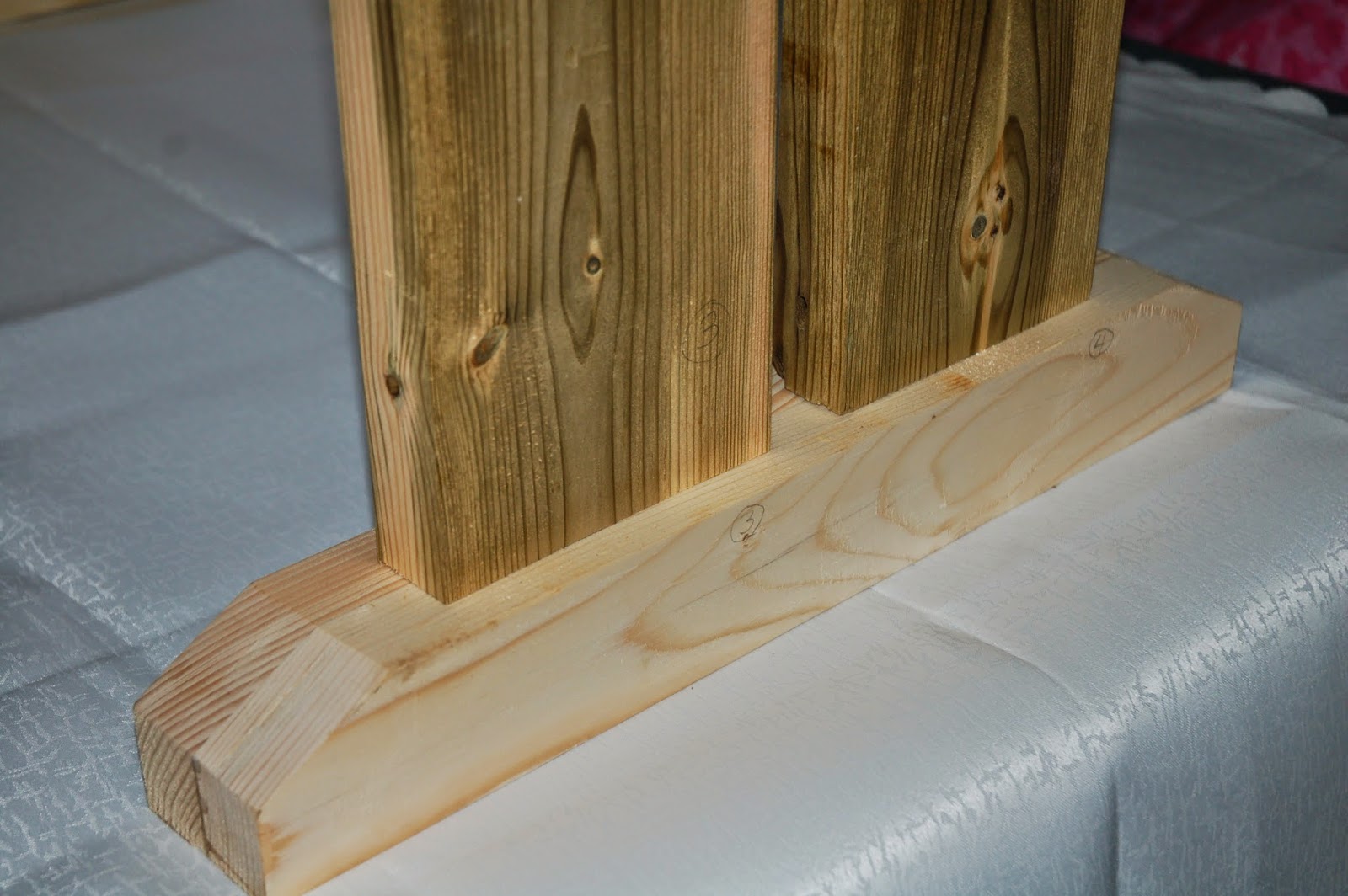 I made it from left over pressure treated wood I had laying around.  It was a good lesson in joinery.  Some were executed better than others. 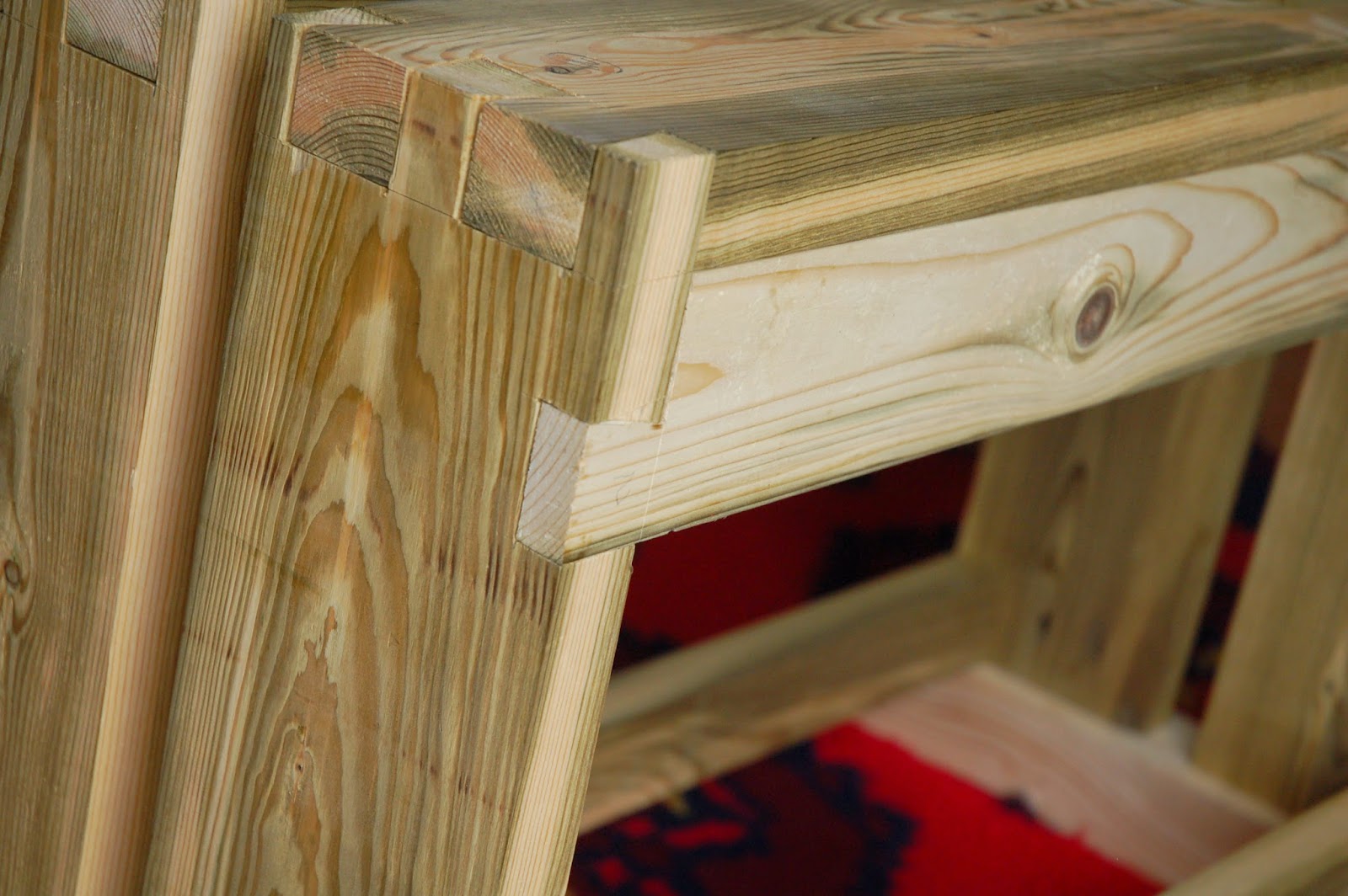 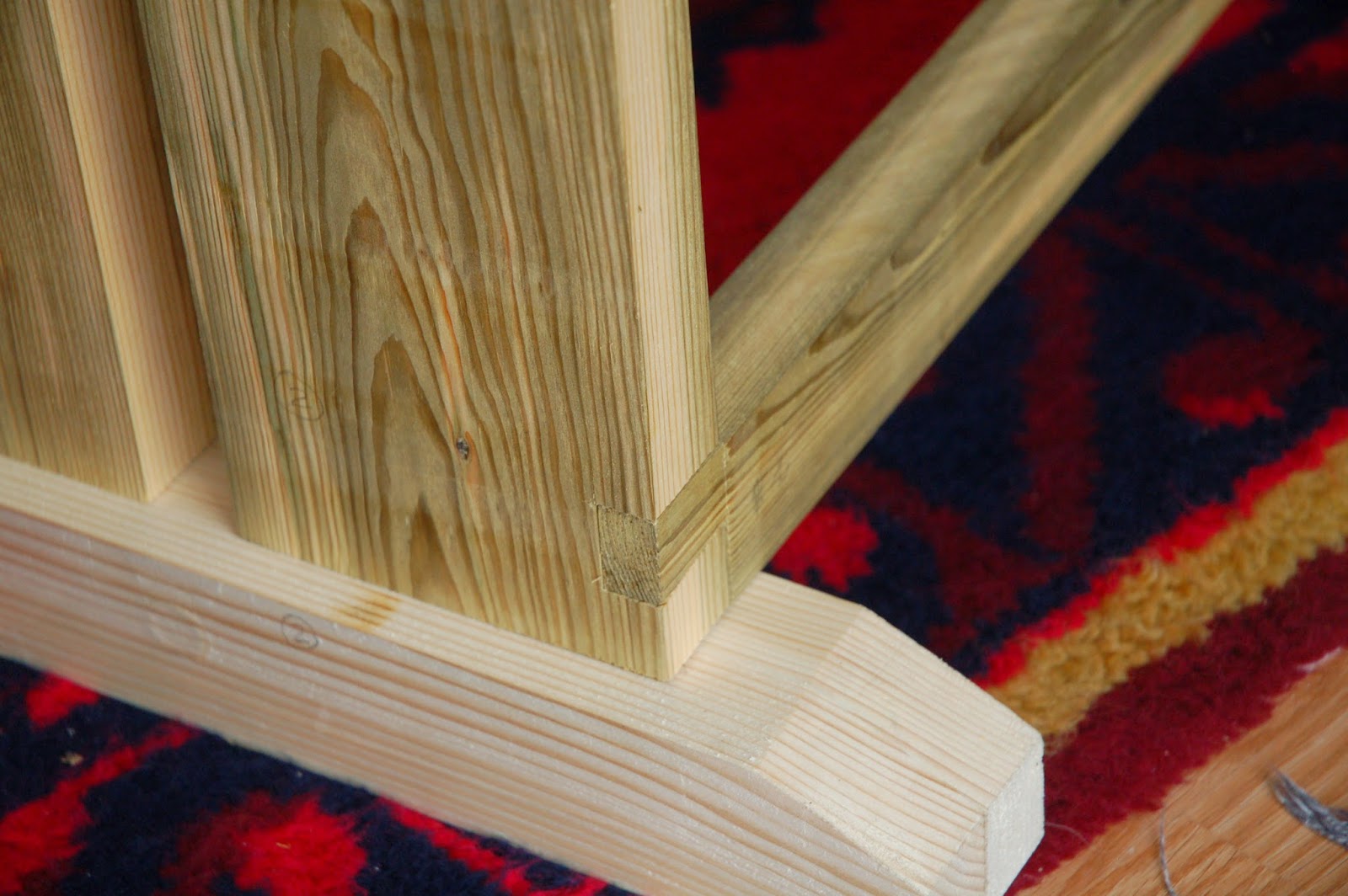 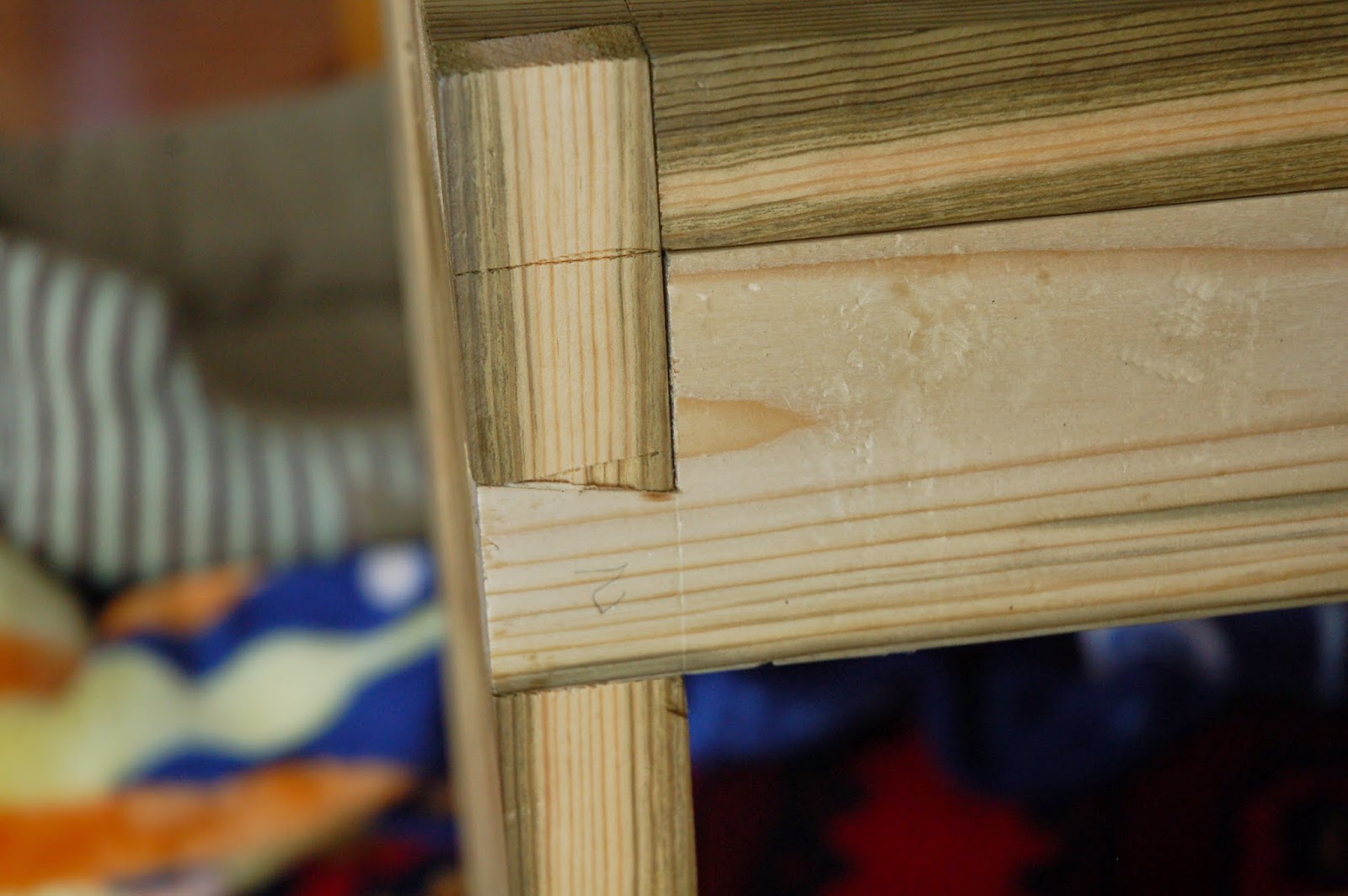 But it came out pretty good in the end. 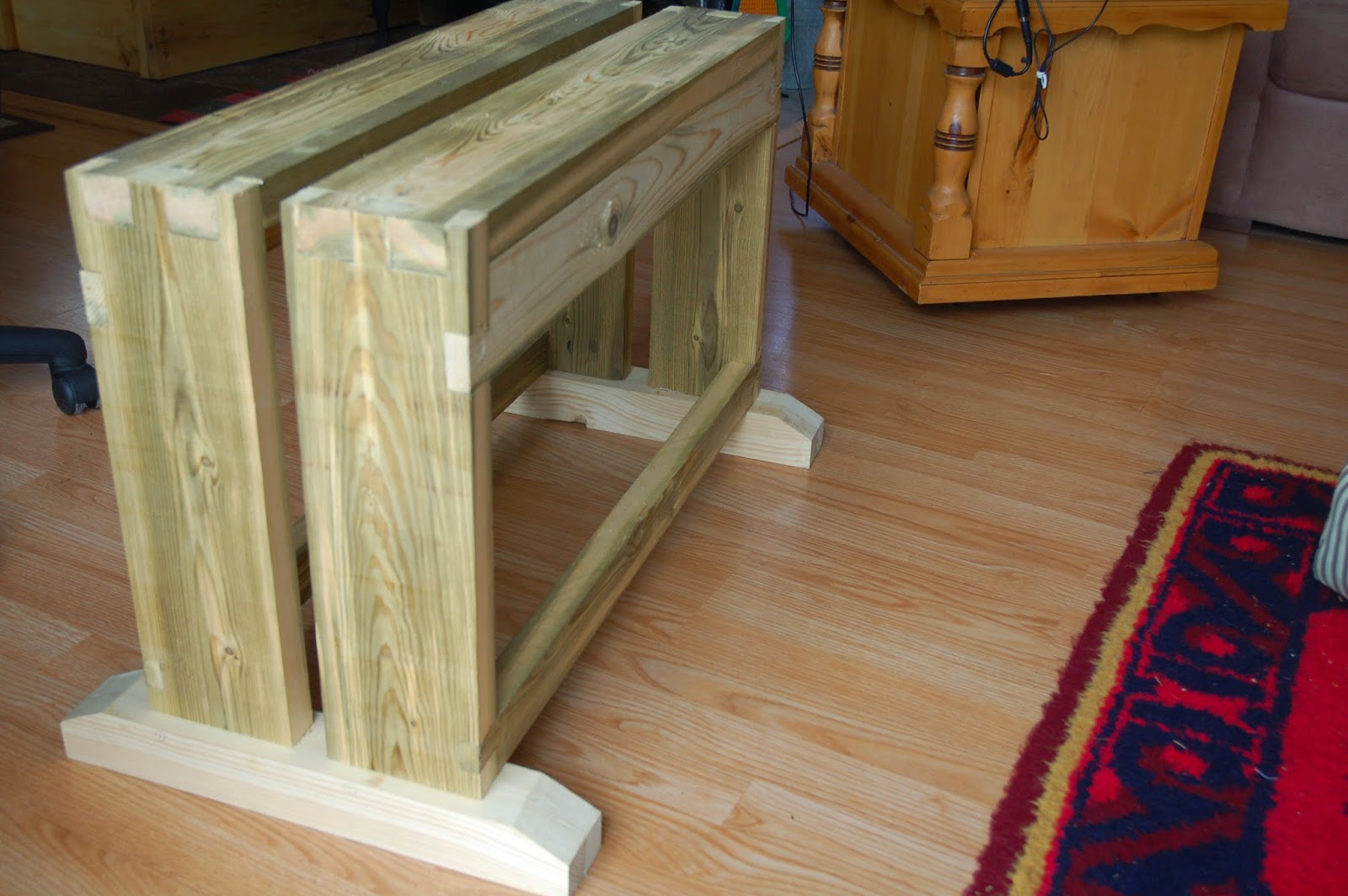 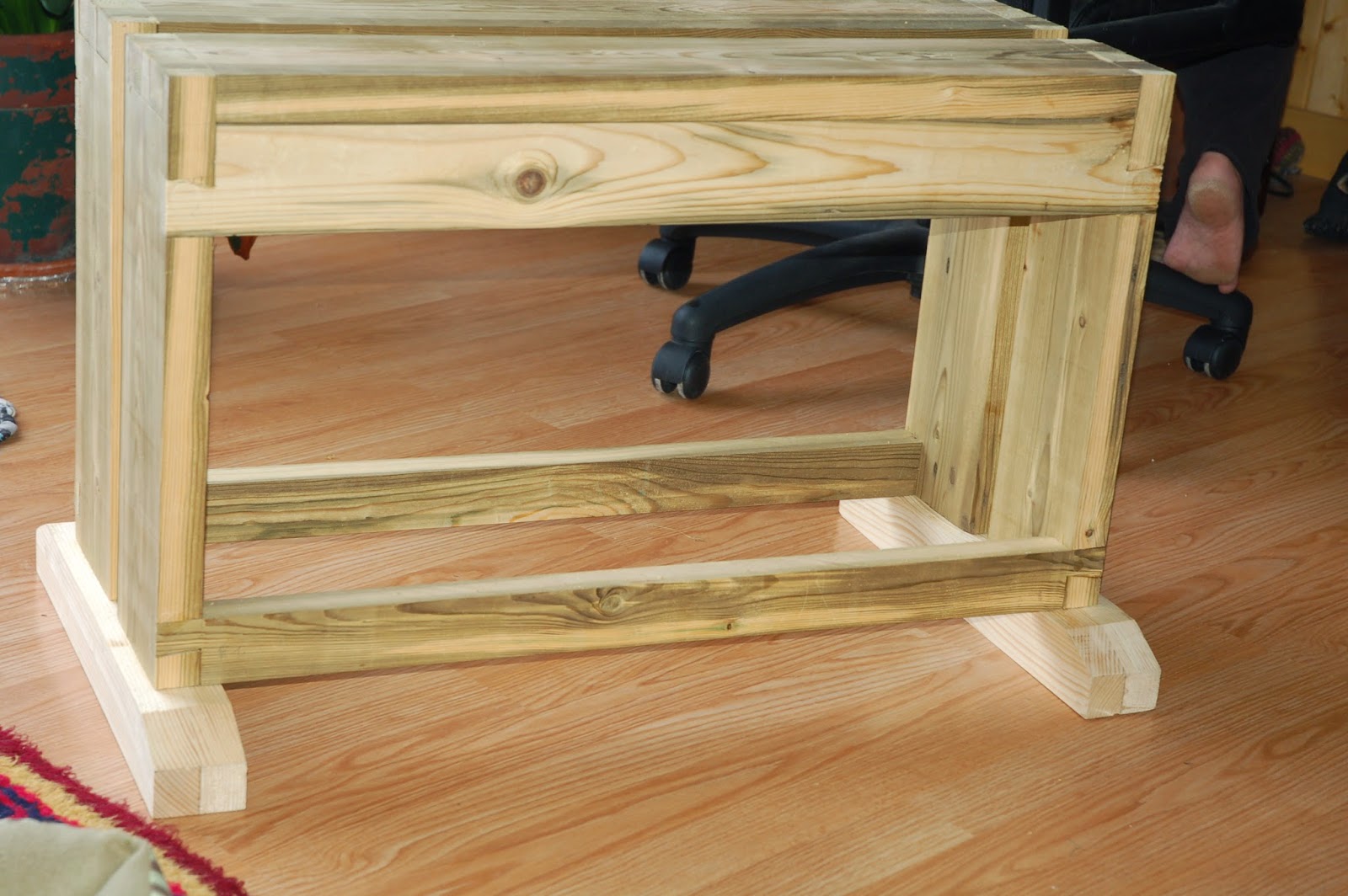 I use this thing all the time.  It is the most functional piece of shop equipment I have ever made.  Go to Bill's site, and make one.....it is that good.  The experience of learning the joinery is worth it alone.  Bill does have a couple of videos of this build, so it is easy to follow along.  It also doubles as a pretty comfy place to sit too.

Other projects for the year were some tea light holders for my kids for Christmas.  Not a big project, but I wanted to give them something I made. 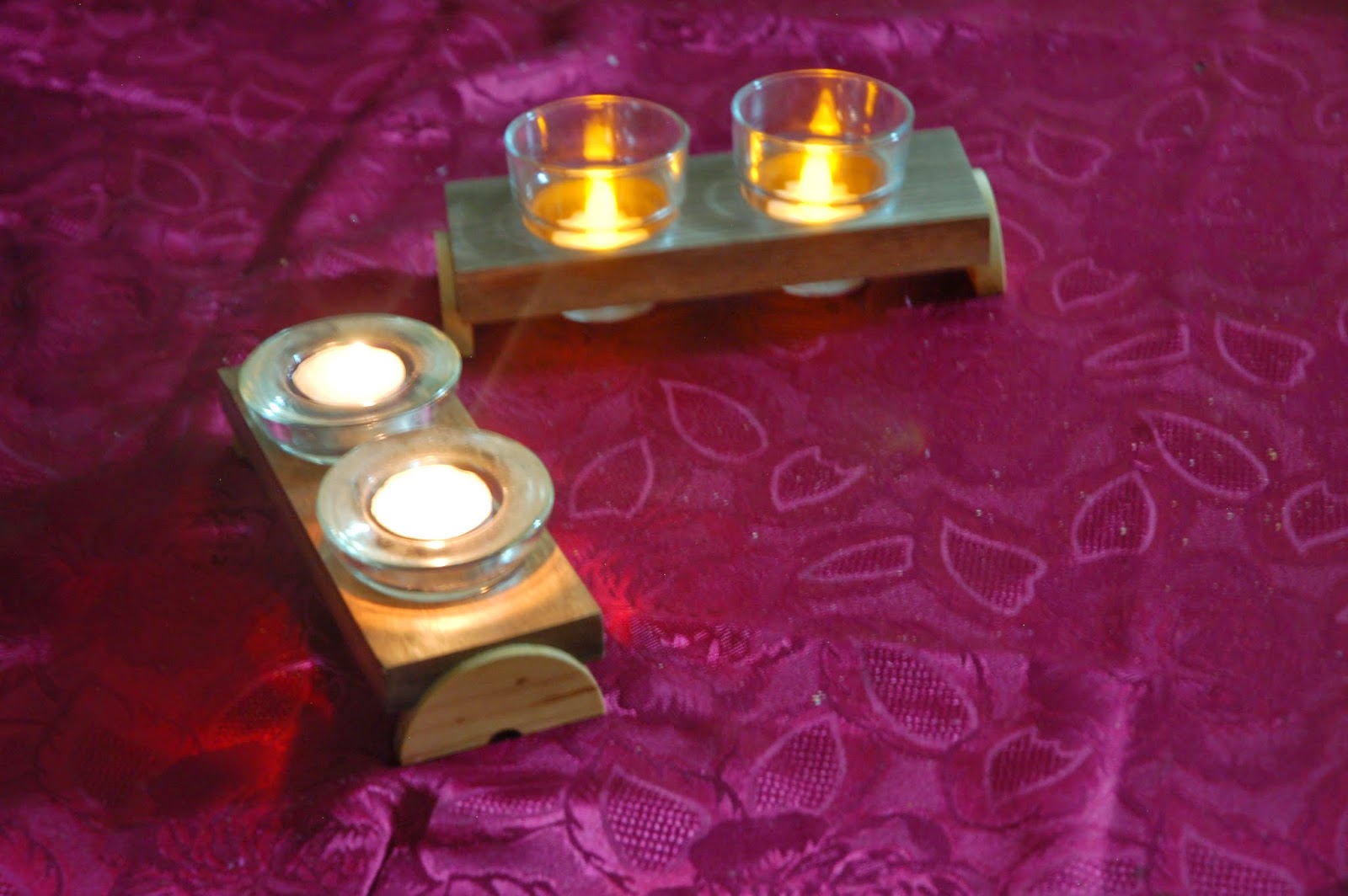 I also threw together a box for fire wood.  It helps keep the floor cleaner. 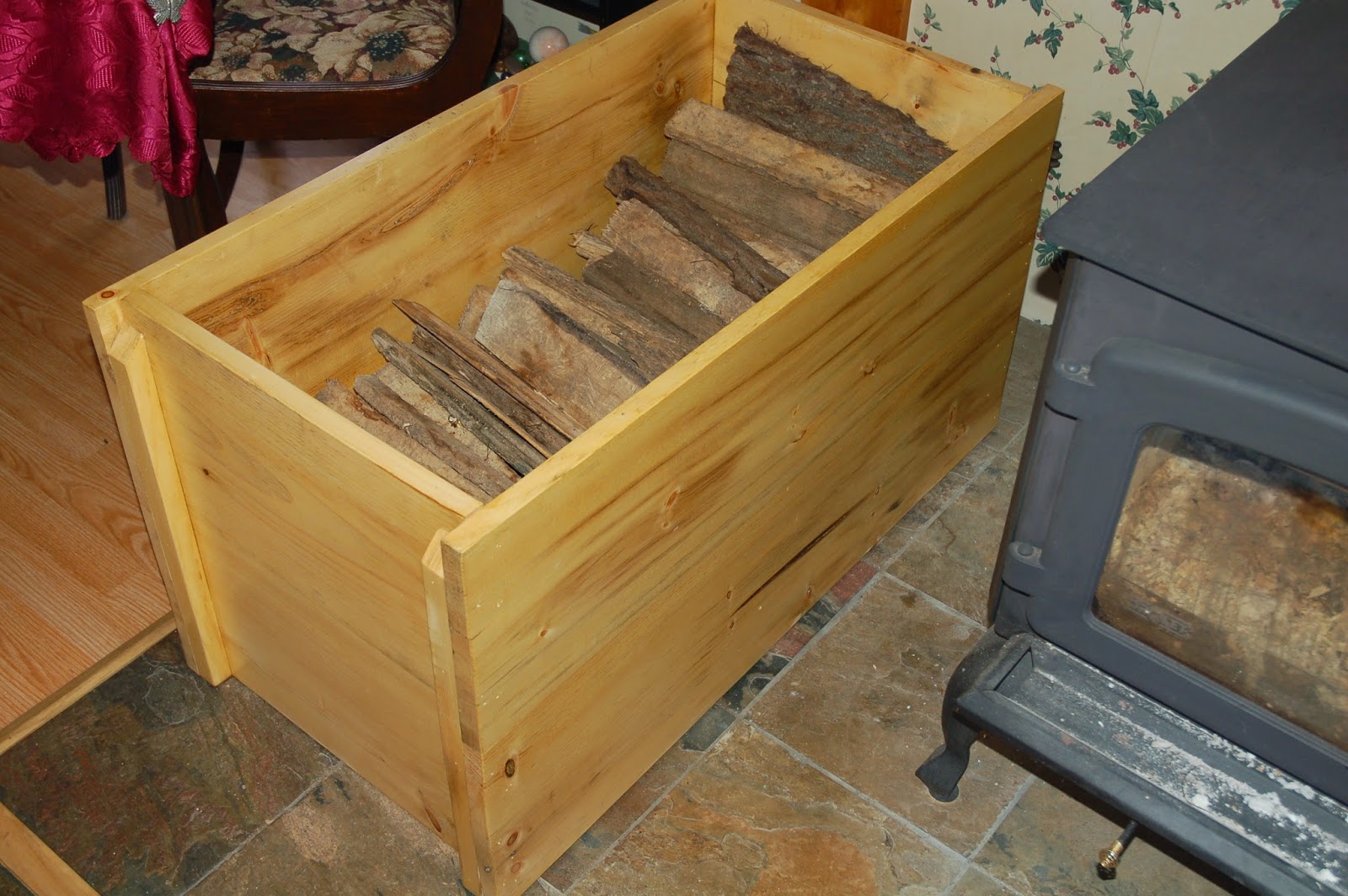 Heating with wood can be a mess, but it is really inexpensive, so I put this together from the last of my barn board I had in the shed.  It planes up nice and I like the looks.   It was right about this time, just over a year ago, that I started thinking I should get a bit more serious about doing some wood working.   I don't expect it to be a huge deal, just a small shop where I can while away some hours doing something I am getting increasingly fond of.  Being able to do it year round will only help, as my work quality suffers from the long winter of inactivity.  I also tend to pack on a few unhealthy pounds during the winter due to lack of activity.   So building a shop will be good for my health too.

I am slowly getting a nice collection of tools.  I still have a lot from my "mechanical" days too.  Some, also, from my dad too.  I sometimes find it hard to transition from the super accurate world of machining, mechanics and parts production to the world of wood where the medium itself moves more than many of the tolerances I worked with.  I am not going to kid myself and say the shop is going to be all 100% woodworking.  That is why I am calling it a "workshop".  My interests are too varied.

So we come to the end of the year.  A short drive from our house we saw a Red Tailed Hawk. 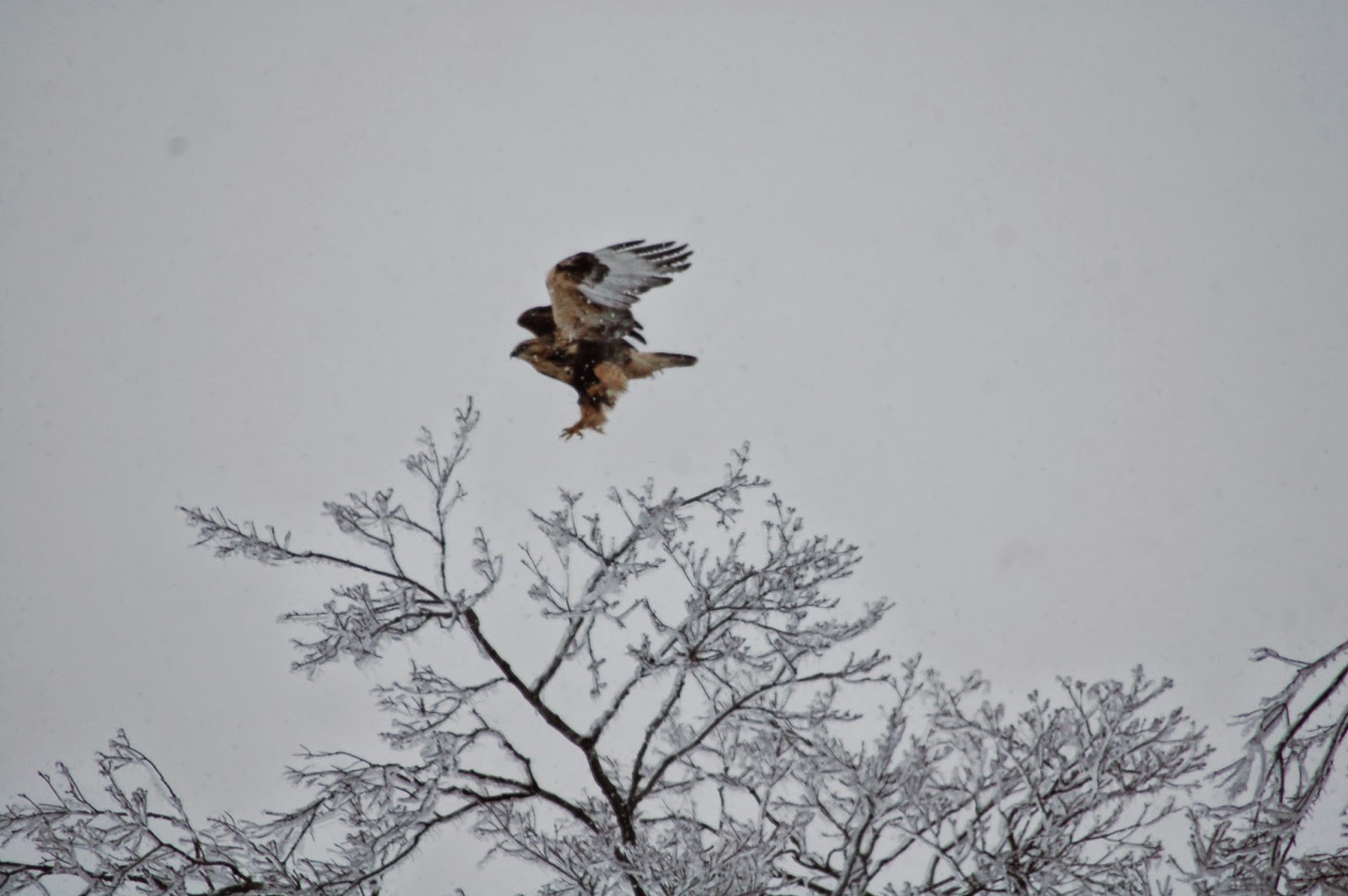 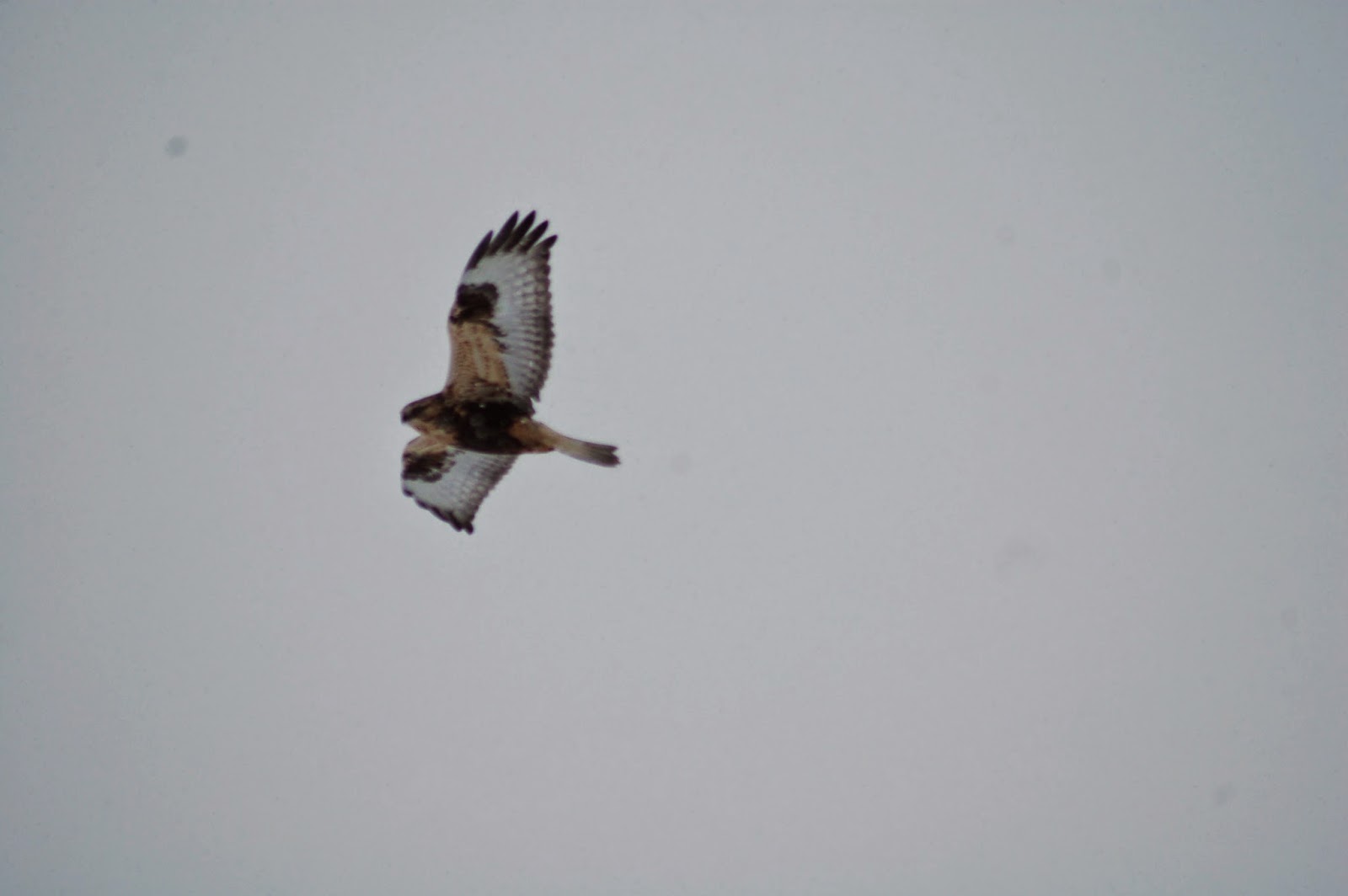 That was one large bird.

I have a bit of a fondness for photography too.  I just forget to take pictures when I am in the middle of something.  But I think sometimes I can get a good shot.  I use the "shotgun" principle of photography......take lots of pictures, one of them has to look good.  The digital world makes that a bit easier.  Then there are times when you get it on the first try.  Like when someone finds out what snow is for the first time. 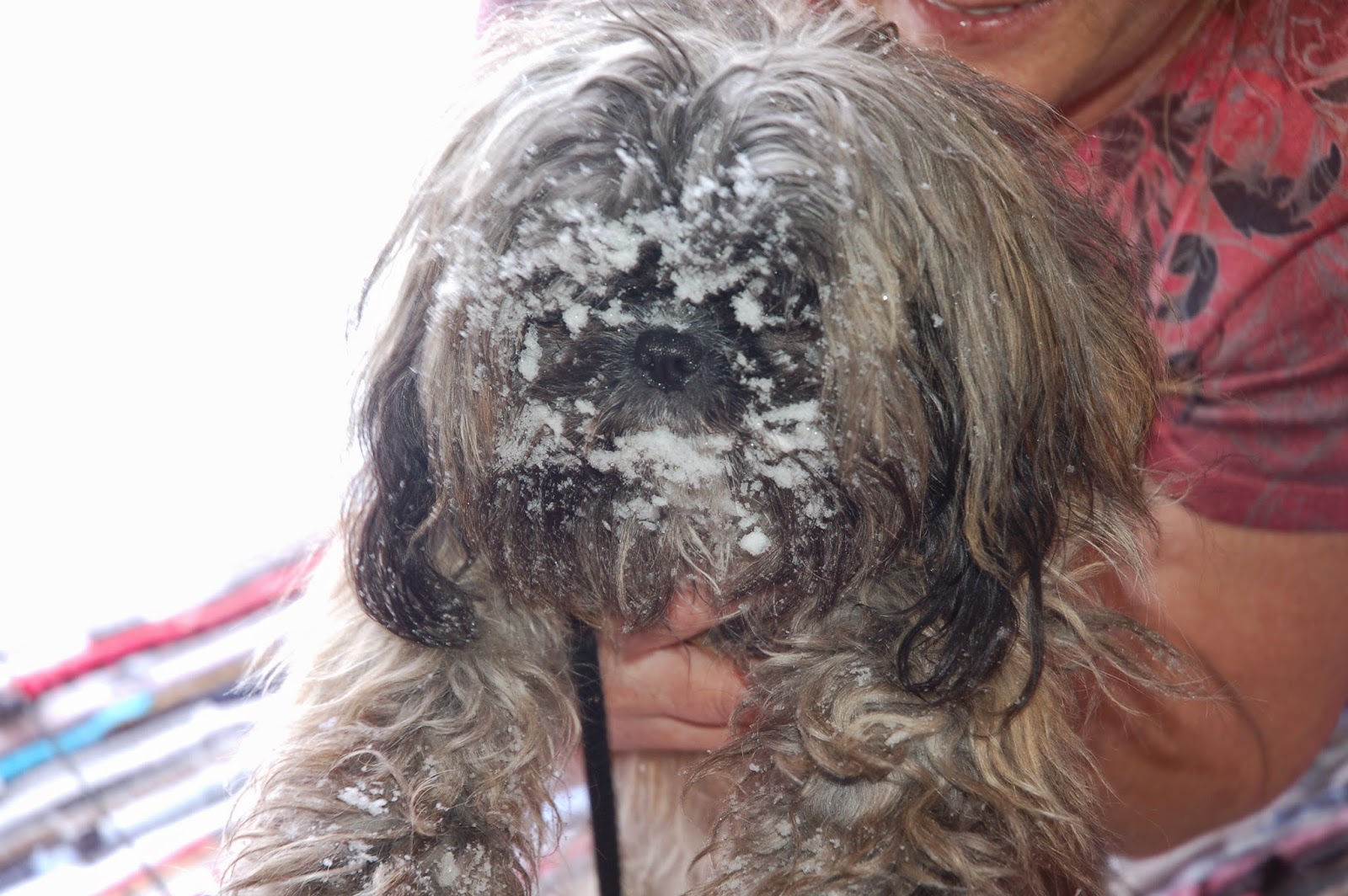 She loves it!  Crazy girl.....although right now she doesn't.  We made the mistake last week of taking her out and getting "professionally" groomed.  They just about shaved her.  Nicked her a couple of times too.  She gets cold really fast now.  That will be the last time we do that.  We just wanted to get a few knots out and her toe nails trimmed.   Another lesson I suppose...

Well then, that was another year gone.  One more and we are just about up to date.  Thank you for stopping in!
Posted by Watertone Workshop at Sunday, March 15, 2015