Carrying on through the cold

Well, I was sure that I would have made an entry sooner than this.  Spring cleaning is about 1/2 done now and what a job!!!!  The ceilings are starting to look nice with a new coat of paint on them.  The pine panelled wall in the living room (see, now I am going to make you look back through past entries for the picture of the living room) has all been hand sanded with 320 grit and 2 coats of water based poly has been added to what I put on originally.  It is very smooth now!  I thinned the poly to make it a wipe on.

Here is a good tip.  If you are using a water based polyurethane for a finish and want to wipe it on, do not buy wipe on poly.....you can make it easily and save money.  Wipe on poly is nothing more than thinned out regular poly, and they charge you for adding thinner!!!  With water based poly the thinner is water.  So just thin your regular old water based poly with water (distilled is probably your best bet as there are no minerals in it) 50/50 and you have it.  I went one step further and thinned with a product called Floetrol.  It worked really well and with the results I got I would recommend it.  A bit more expensive than water, but still cheaper than extra poly.  I first heard about Floetrol through Linn at Darbin Orvar , one of the many You Tube channels I follow.  I hope I spelled her name right....she has a wonderful channel full of creative ideas and projects.

So, cleaning.....Sally also decided that the wallpaper needed changing too (did you go back and check that picture?), and she was right.  I took down all the trim and she stripped the wallpaper while I was sanding and applying poly to the other wall.  We took a trip out to a paint and wallpaper store (where I bought the Floetrol) but there was very little in stock.  Disappointed, we took a chance and went to the ReStore in Exeter, and what do you know!  There is a whole rack of wallpaper!....We found some we liked and for $15 we had more than enough.  It looks great!

You see, it is not like I just "forgot" to sit and write.  I just have not had the time.  I can tell you, my aching body knows I have been busy!  We are taking a much needed break to recover.

I can tell you that February of 2014 was cold.....really cold.  The year of what they dubbed the "Polar Vortex"....whatever that is.  I really think the weather folks kind of make things up as they go along.  A Coopers Hawk availed itself of the pickings at the bird feeder again that month. 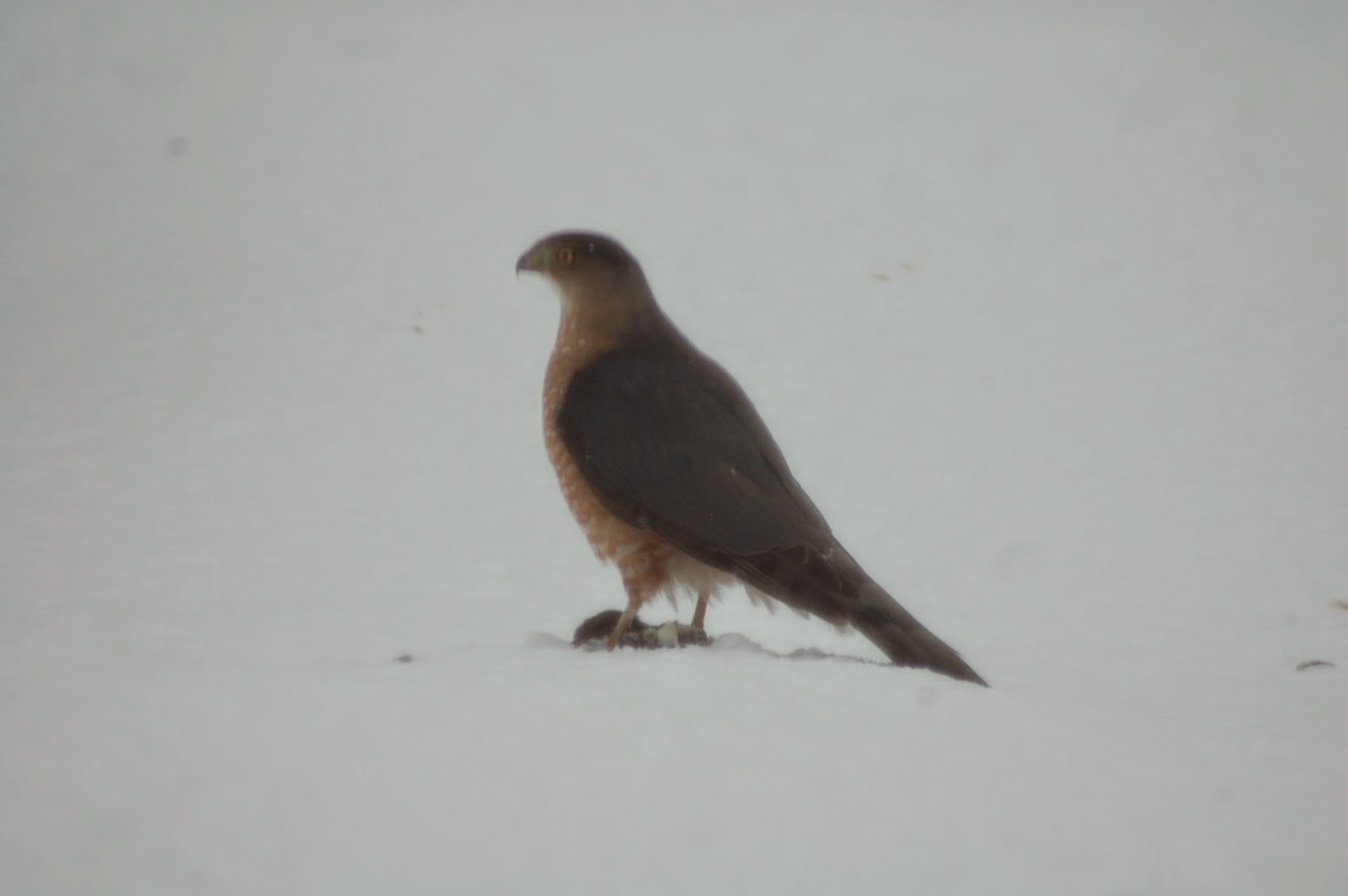 There is one thing that the extreme cold weather seems to bring, and that is sunshine.  It may be snapping cold with your nostrils freezing together and the snow squeaking under your boots, but you can get a decent amount of vitamin D if you are out.  I am usually not fond of being cold, but there are times that conditions come together and create a certain type of beauty. 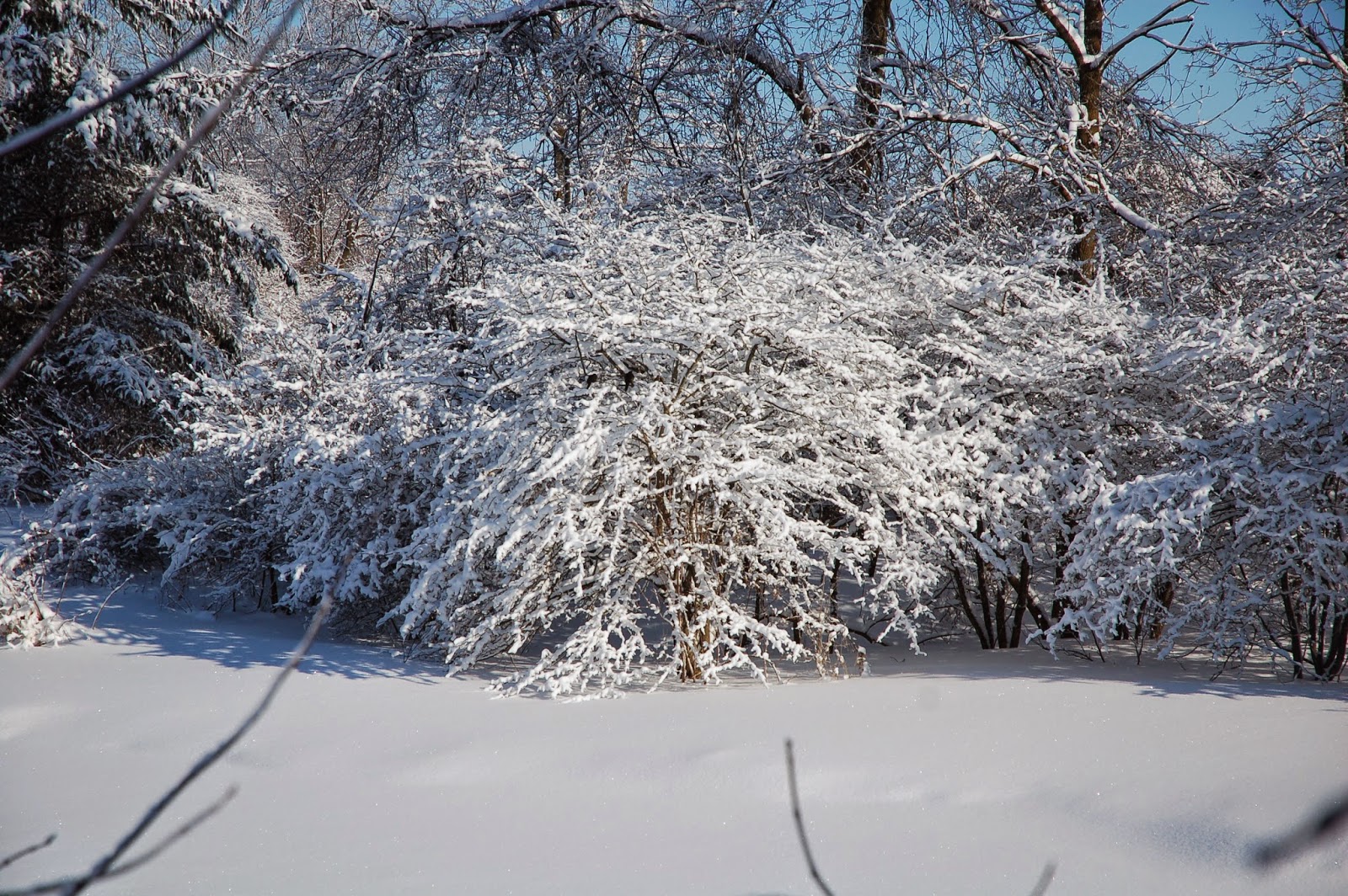 It is OK if you can just observe it, but I have worked in this weather, and then it is no fun at all.  Touching anything metal, like having a tool in your hand, is not enjoyable.  What is a person with "cabin fever" to do when you want to do something productive and can't go out doors to do it.  You do it indoors.  Time to do some sorting and organizing of nuts, bolts, screws, hardware, etc.  Out to the shed, 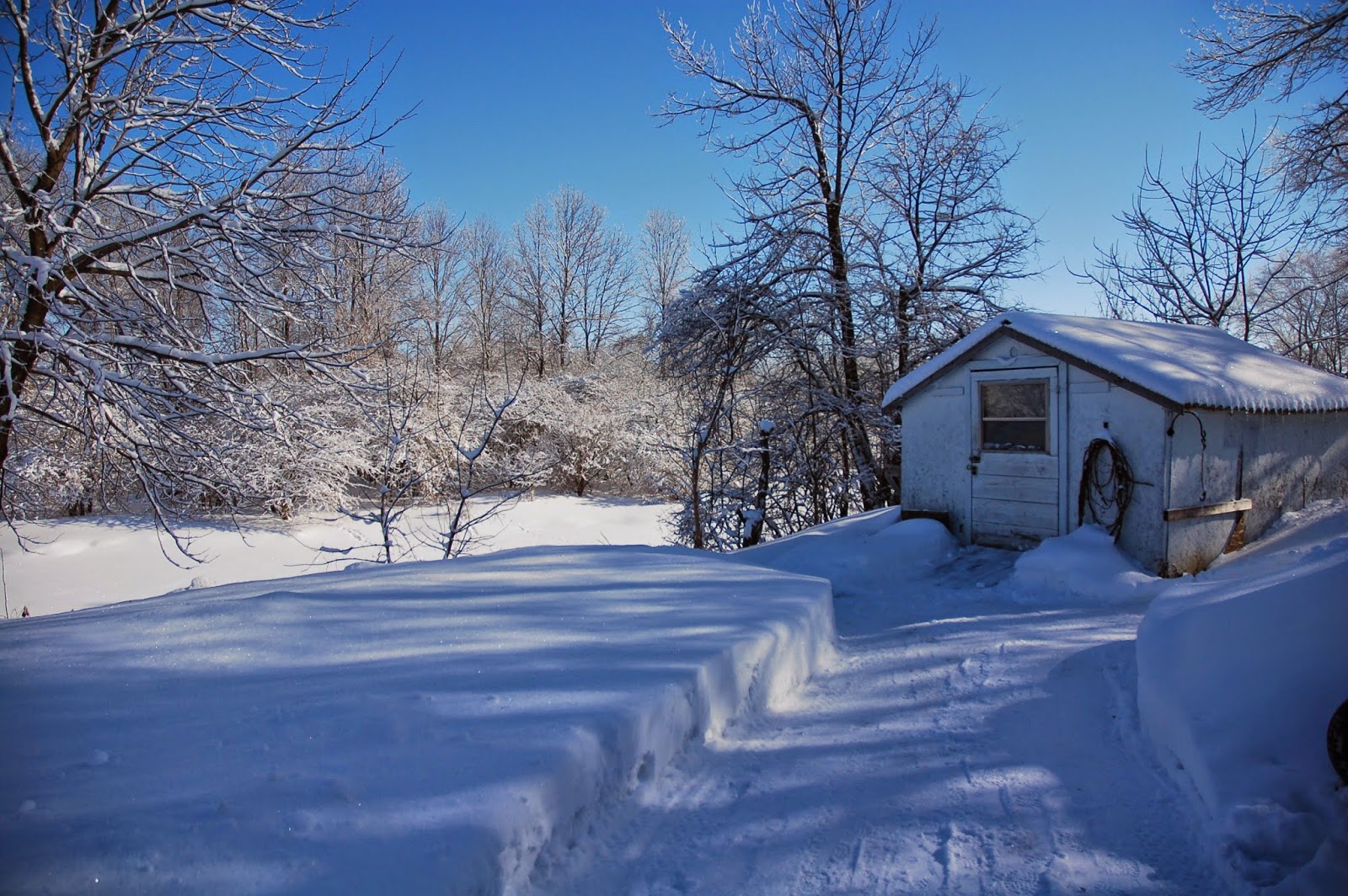 and drag it all in to the kitchen table to sort. 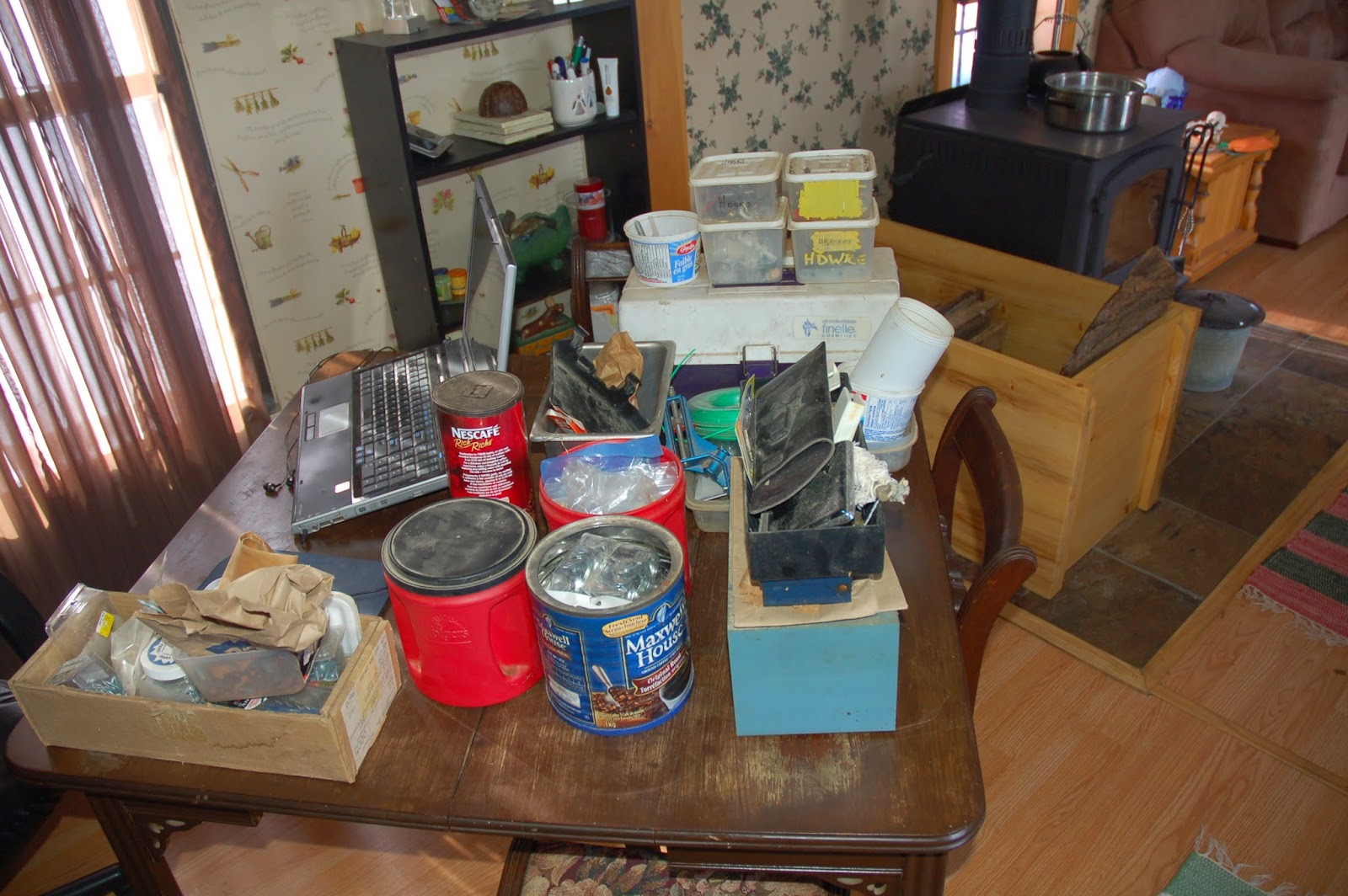 That ate up a couple of days.  Sorting screws and hardware can be a bit tedious.  But I got it done and everything put away.  But just look at that table!  We got it years ago for free and have held on to it, modifying it a bit to suit.  But the lady who gave it to us had refinished it, and I don't think she knew what she was doing.  She either used an incompatible finish, or didn't prep right, or something because whatever she put on it was flaking off and it finally bothered me enough to check it out.   Again, cabin fever does things to you.....

I got out one of my card scrappers and took it to the top of the table. 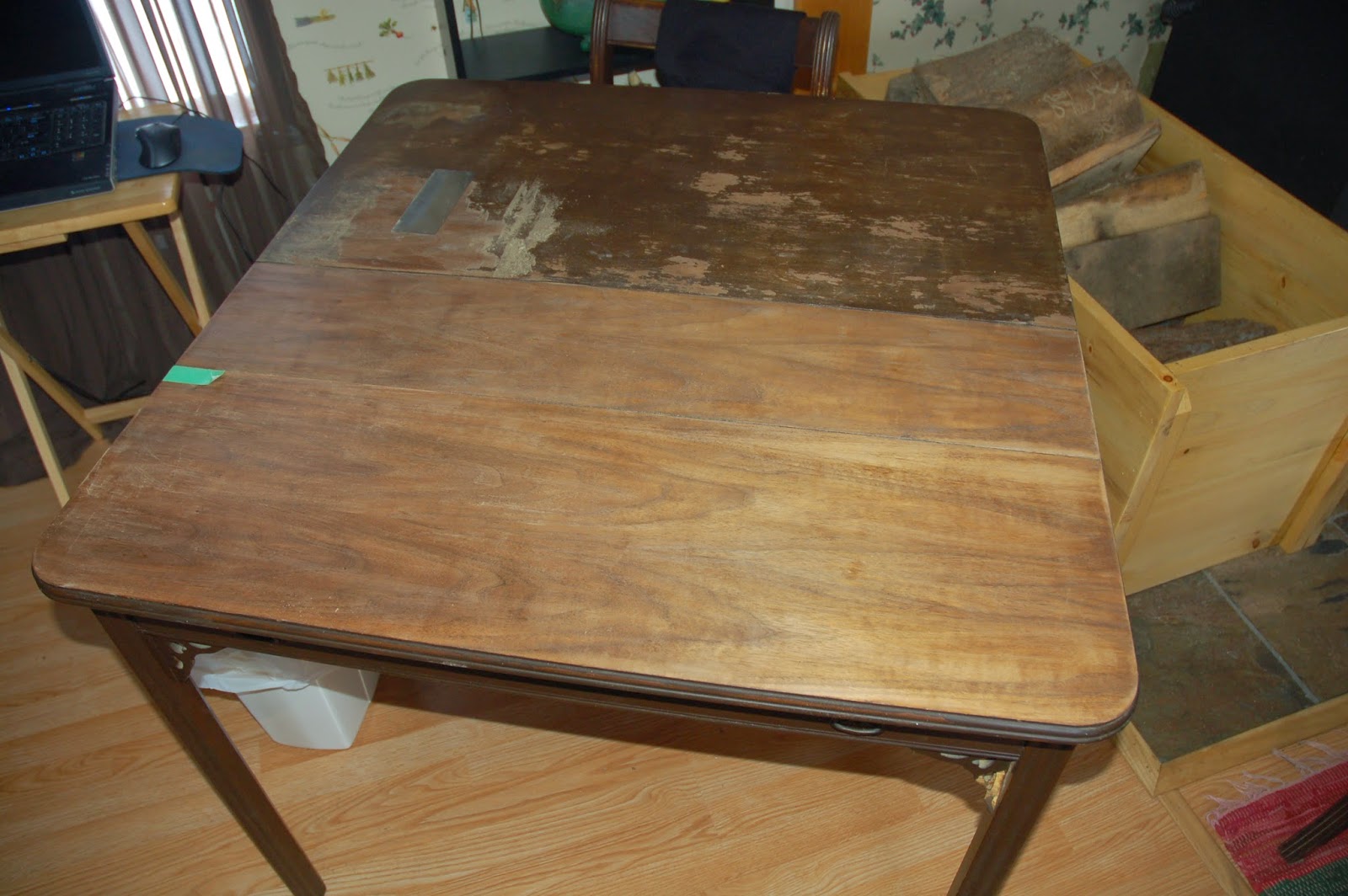 It is just a veneered top, I had a bit of chip out which I glued back and clamped with some green masking tape. 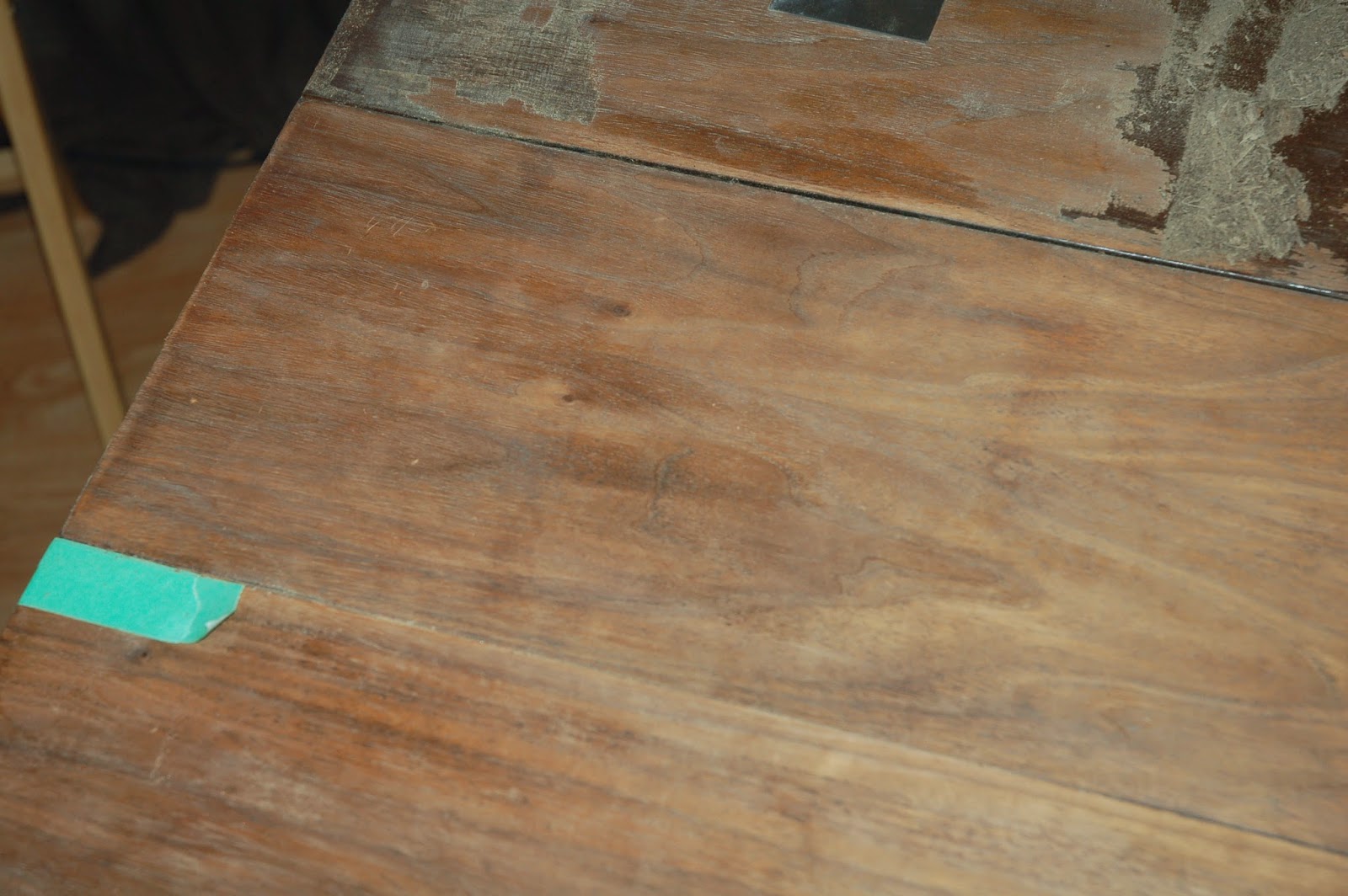 A few hours to get this flaky sticky crap off. 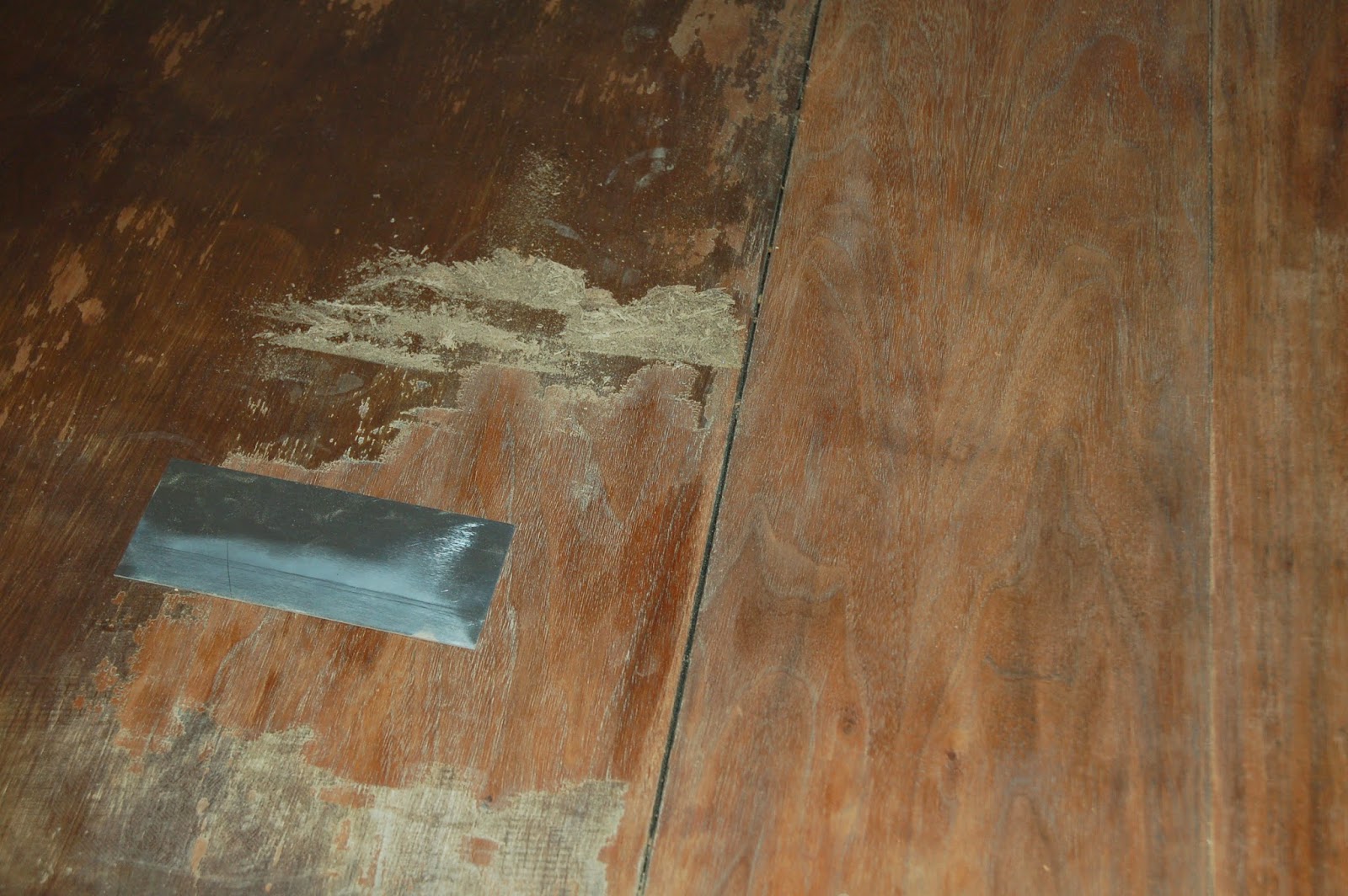 A touch of sanding, and 3 (I think) coats of gloss poly and it looks much better. 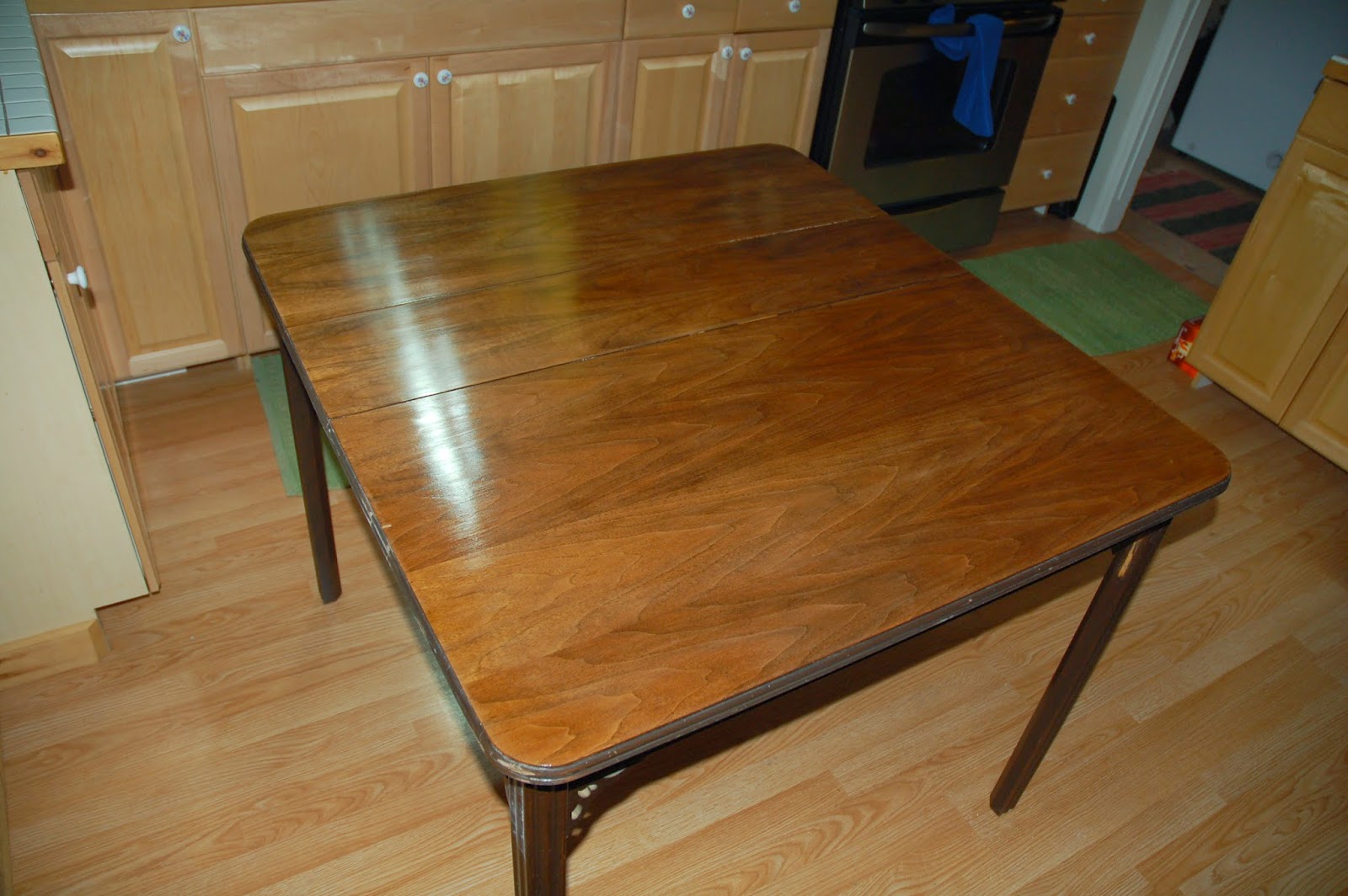 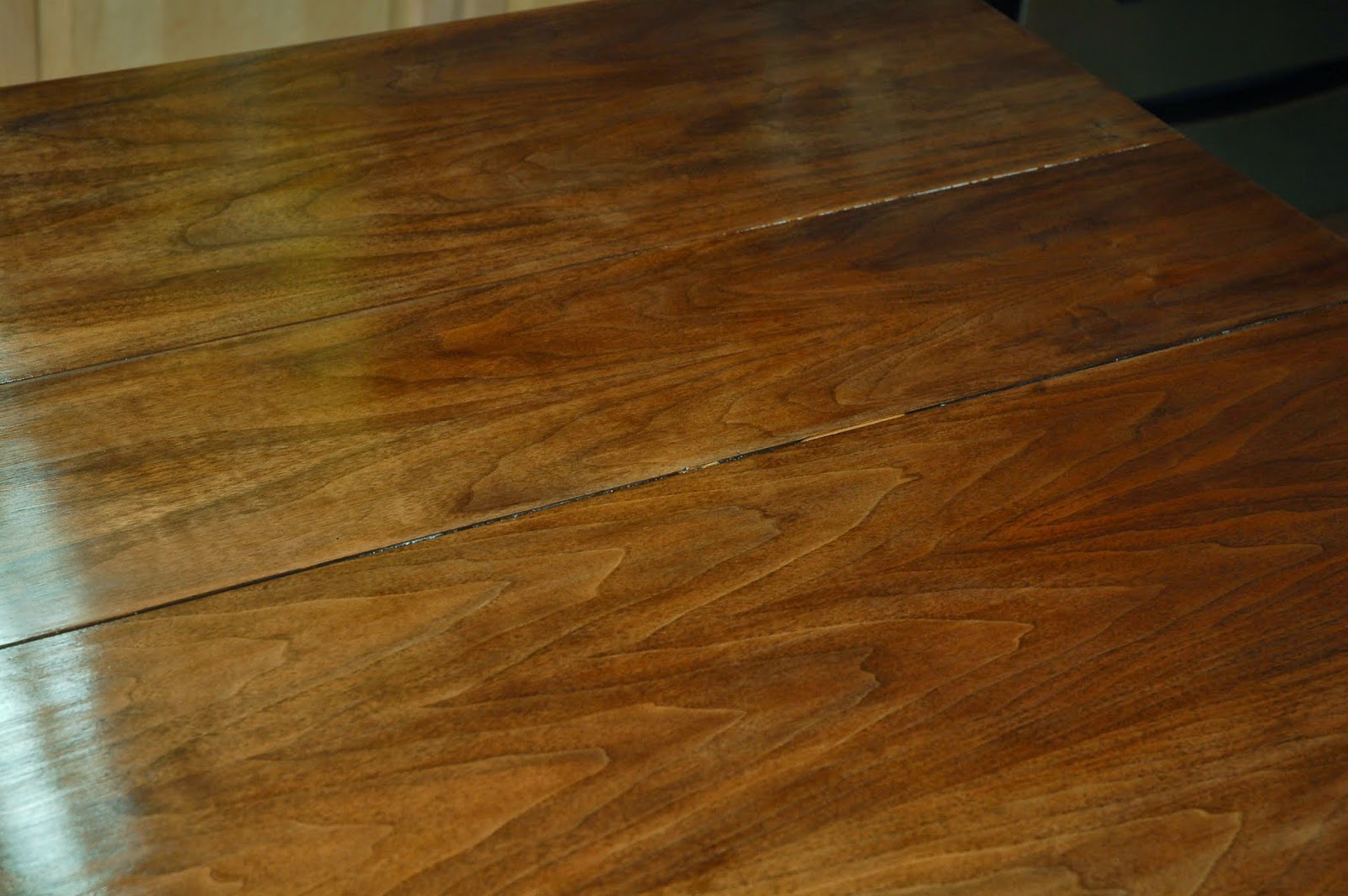 I hoped you enjoyed that little tale.  Not hugely exciting, but it was productive in winter which is sometimes difficult when you have a hard time getting around.  Now, I guess I have to get back to this spring cleaning/re-decorating thing.  I will be back for more of 2014 in a while, hang in there.  I will be making something in the next entry.  Until then....

Thank you for dropping in!
Posted by Watertone Workshop at Friday, March 27, 2015