My friend called me up.  Says he has a couple of pieces of art he wants framed.  This is the same guy I made the other picture frames for, so I ask what he has in mind and he says "wood frames" and leaves it to me.  I didn't take a lot of photos, but I milled up some ash.  There are 2 pieces to frame that are similar, yet different, so I made 2 slightly different profiles.  I used water based aniline dye (ebony) to make the pieces black. 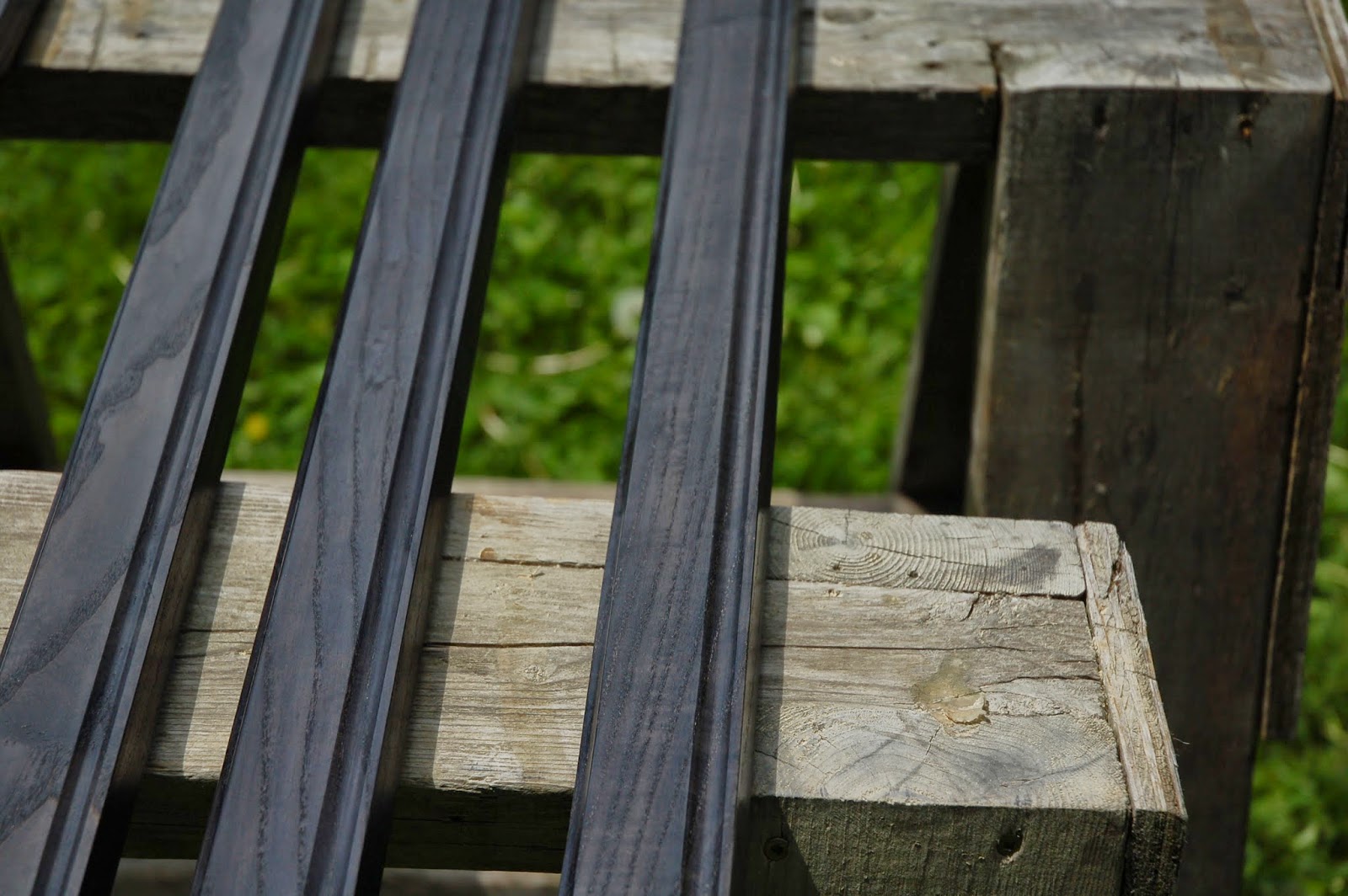 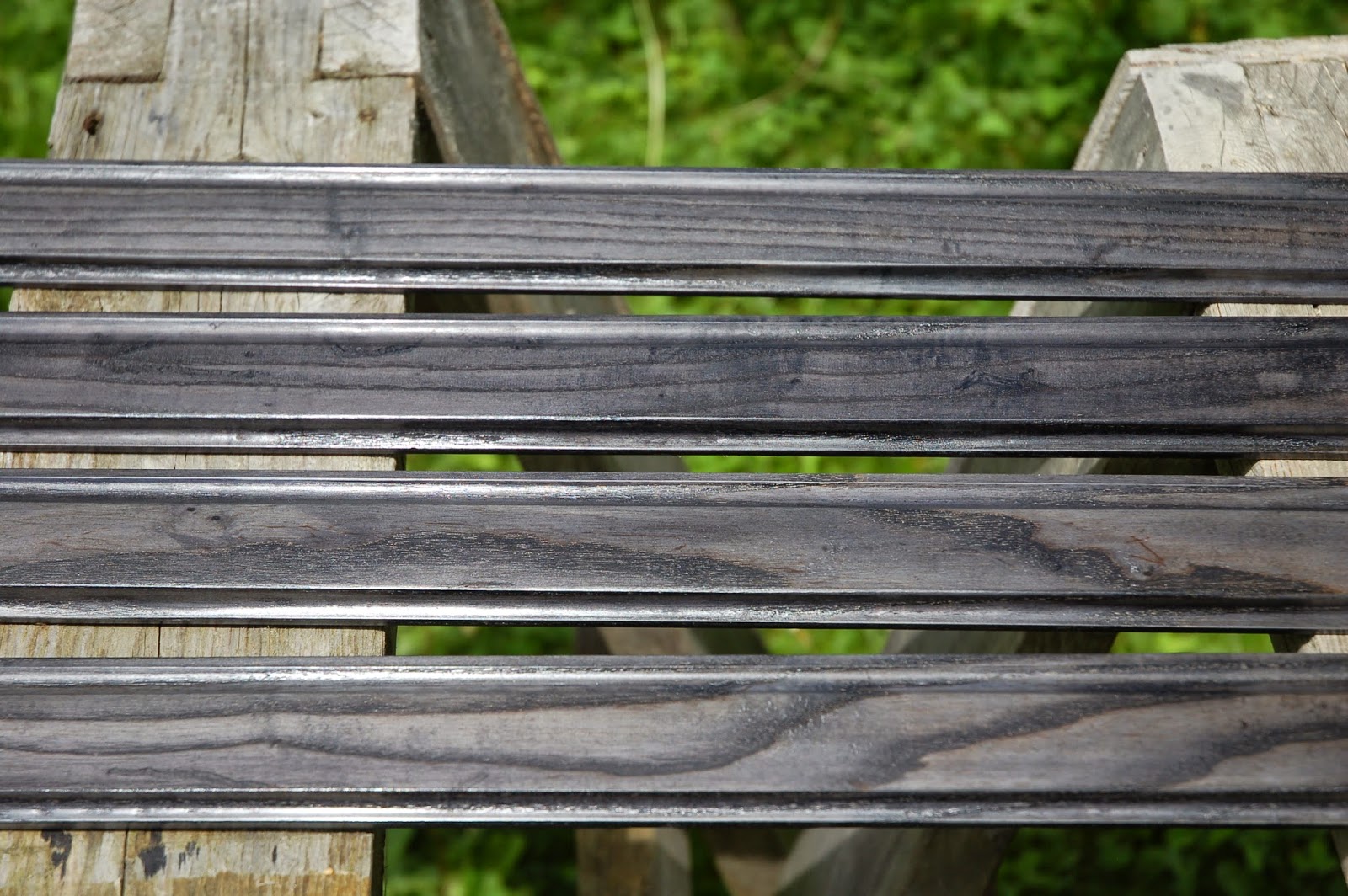 A simple coat of shellac padded on for a French polished finish.  I built another frame of ash with 1/2 laps to go around the art, then the mitred frame was attached over top of that so the mitres are supported behind them.  I thought they came out pretty neat and my friend was happy too. 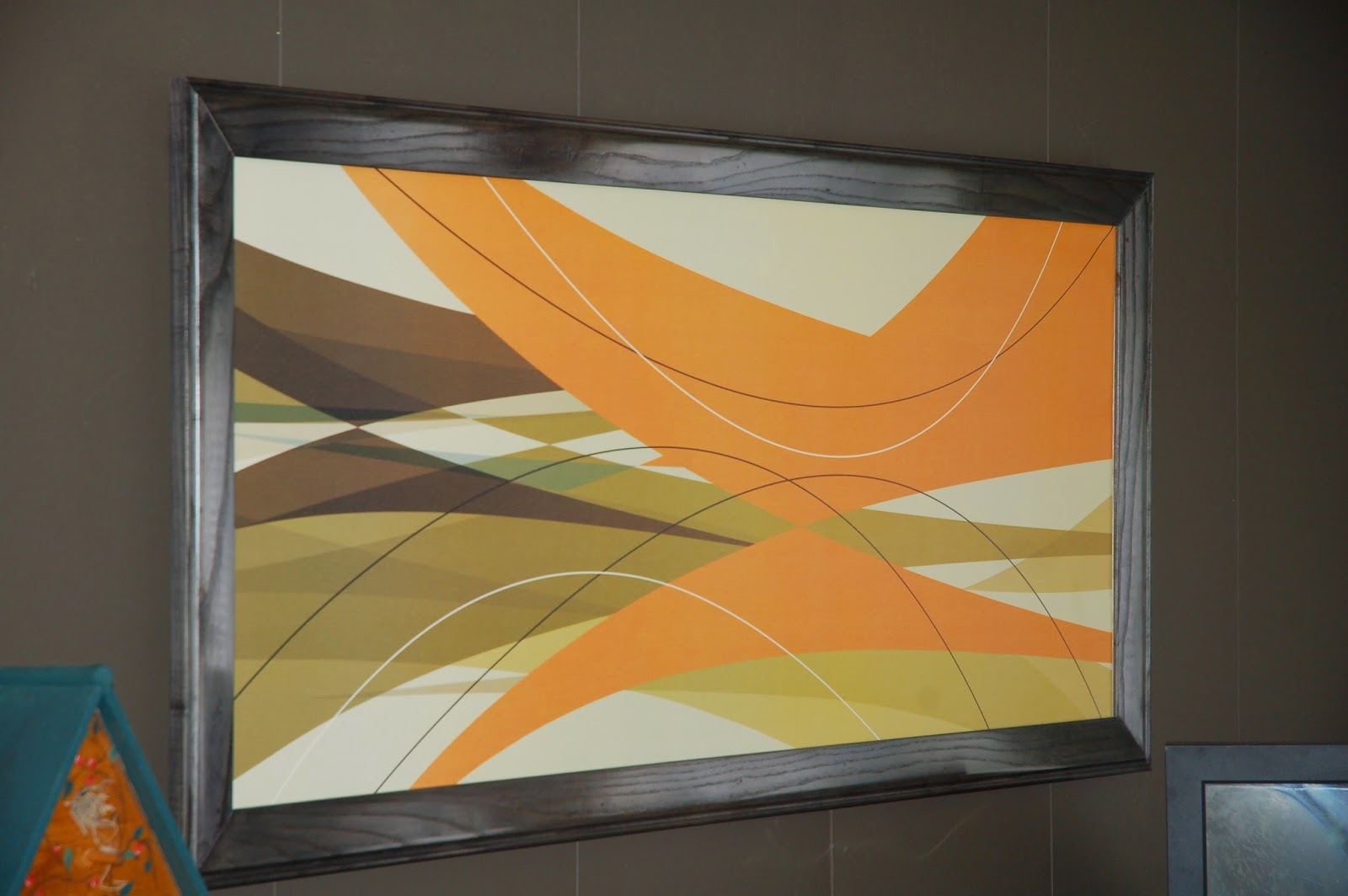 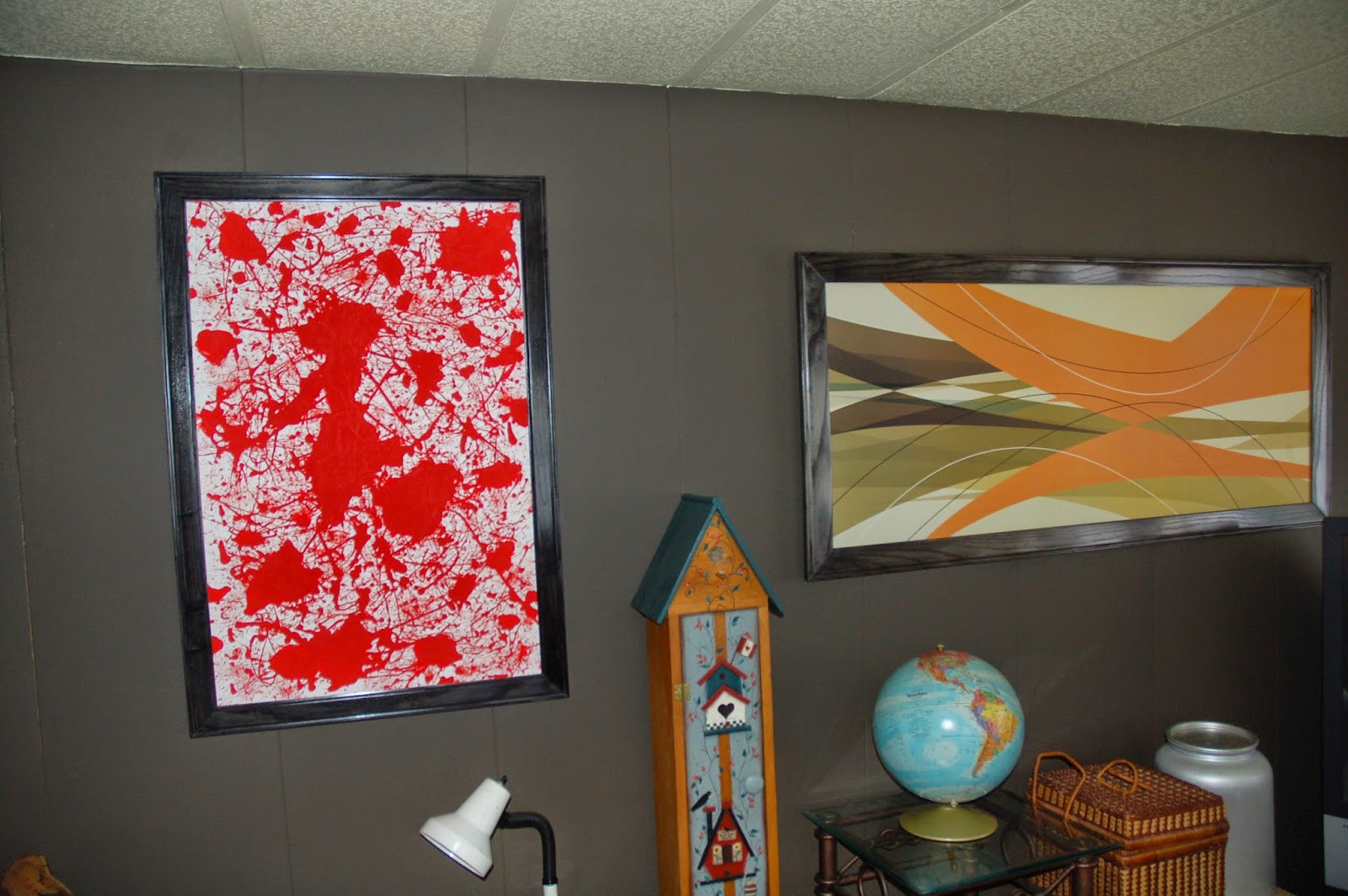 I also thought I would try my hand at making a marking knife.  I got a small piece of walnut that I saved from the firewood pile and mounted it in the drill press to turn it.  I didn't use a chisel though.  I took the Dremel tool and used that to carve with.  For the blade I used an old 1/2 inch spade bit.  I used the belt sander to shape it. 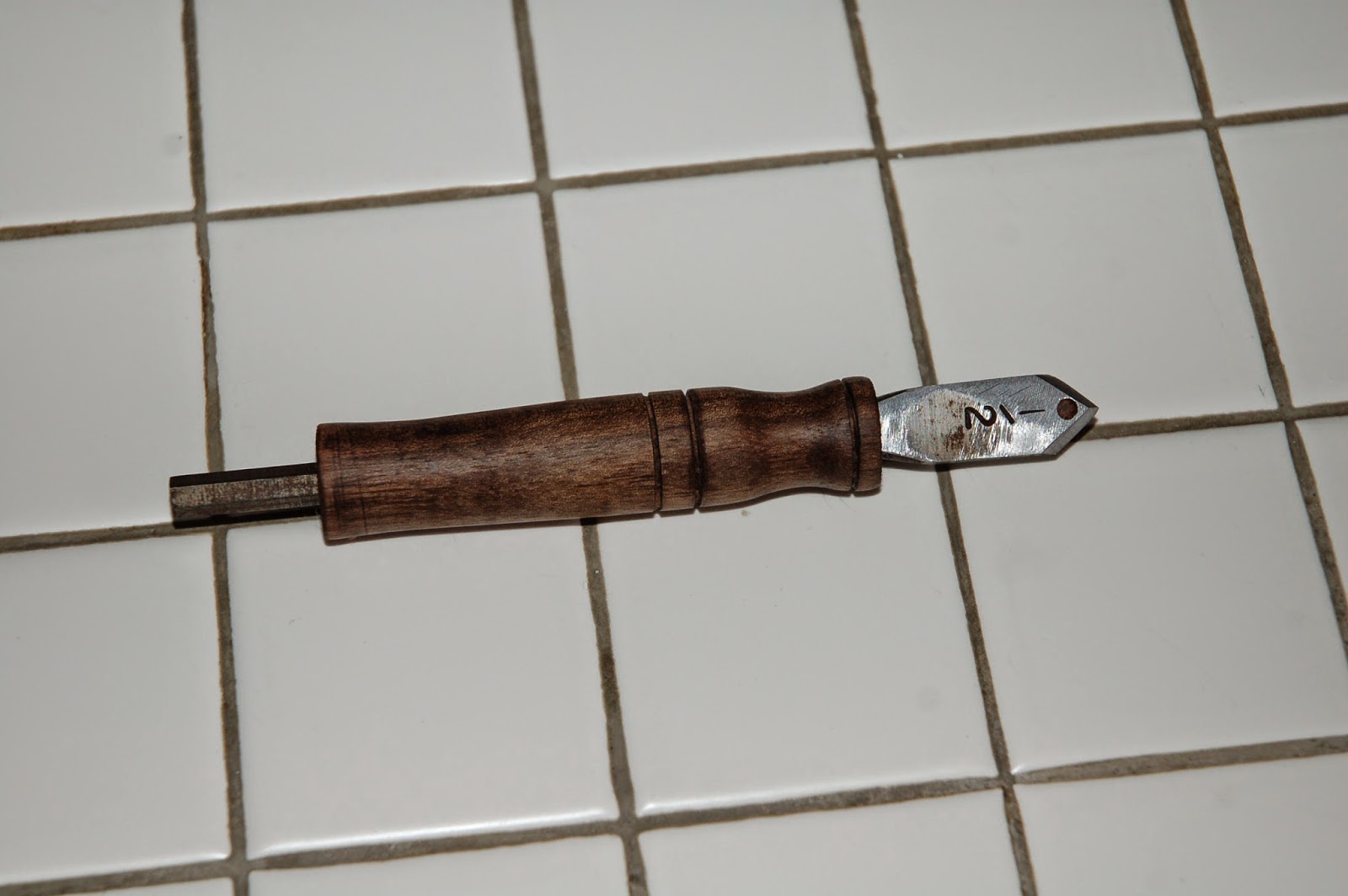 Again, I used shellac for the wood and then honed the blade on my stones, 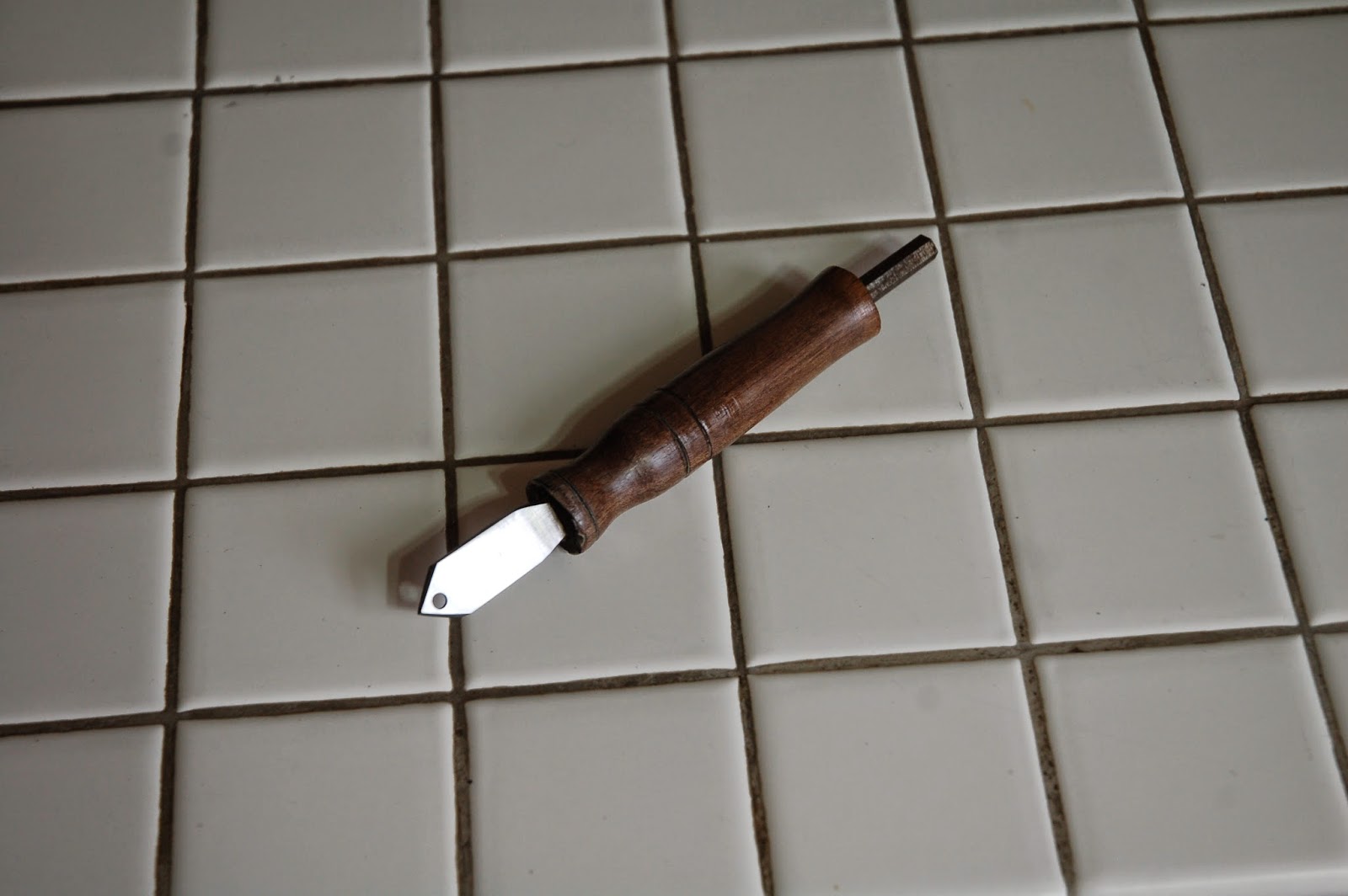 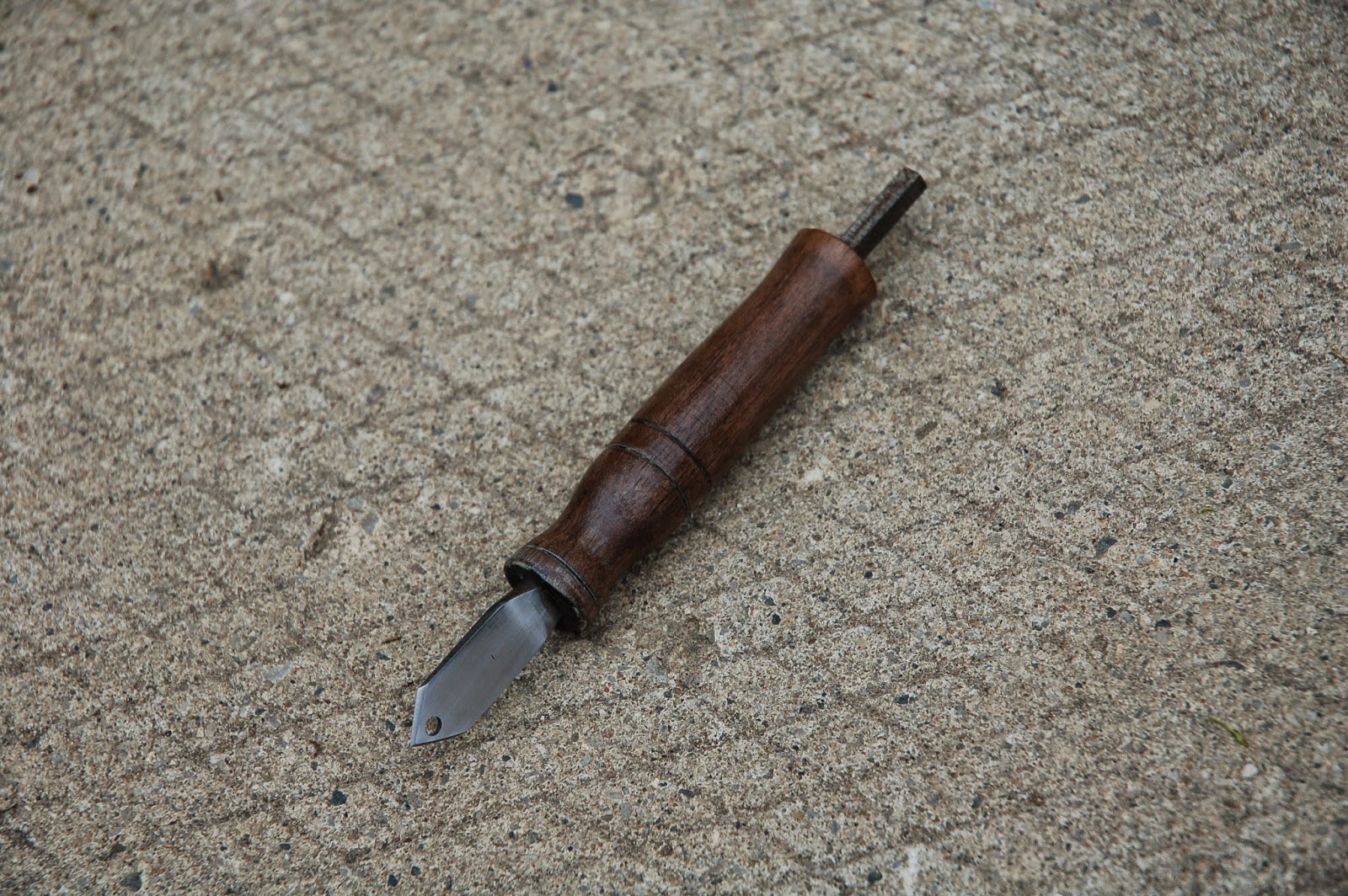 The blade is a bit short, and could probably use a proper heat treat to harden, but it is quite comfortable and functions well as it is. Not bad for my first shot.

Another job was to get the vice mounted so the rear jaw was flush with the work table.  I also lined the jaw with leather from an old belt to help get a non marring grip.  I put a piece of ash on the outer jaw.  The vice I bought from KW Surplus.  Not retailers of the highest quality stuff, but it is inexpensive and near enough.  Wood working tool retailers are not exactly in abundance around here. 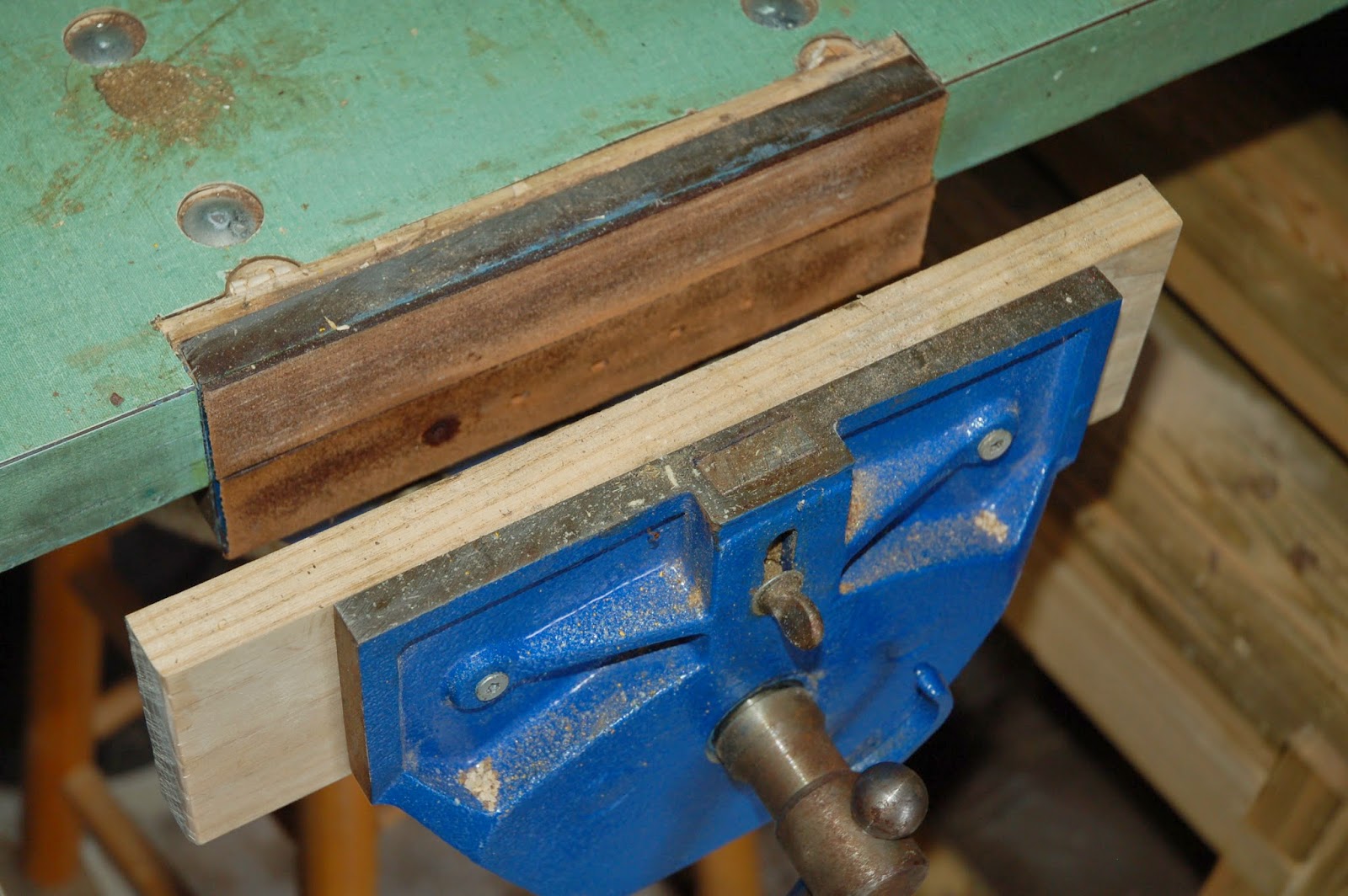 While I was at it, I mounted my metal working vice to a foot that can be held in the bench vice.  It has a swivel base, so it is very handy set up like this. 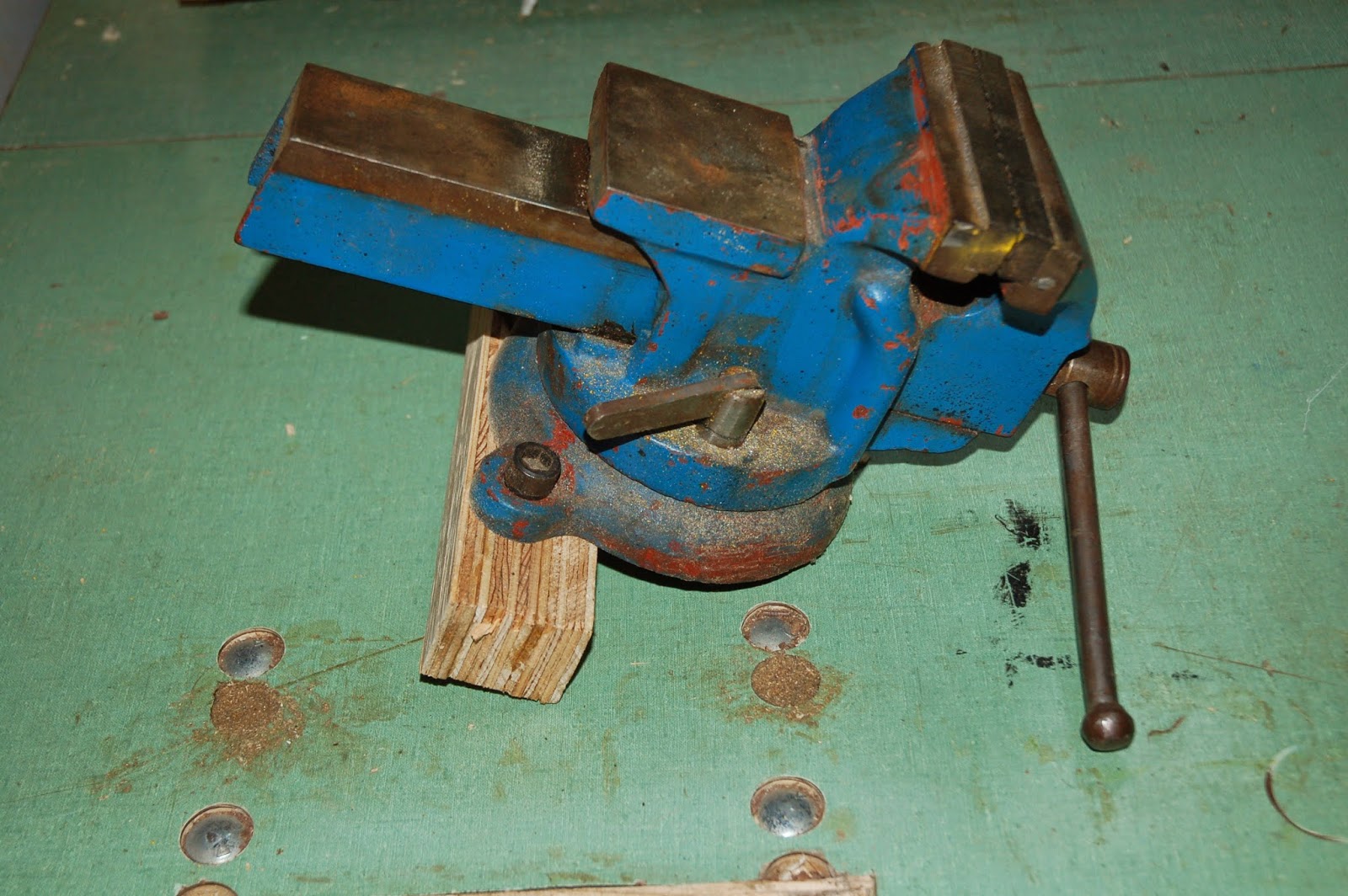 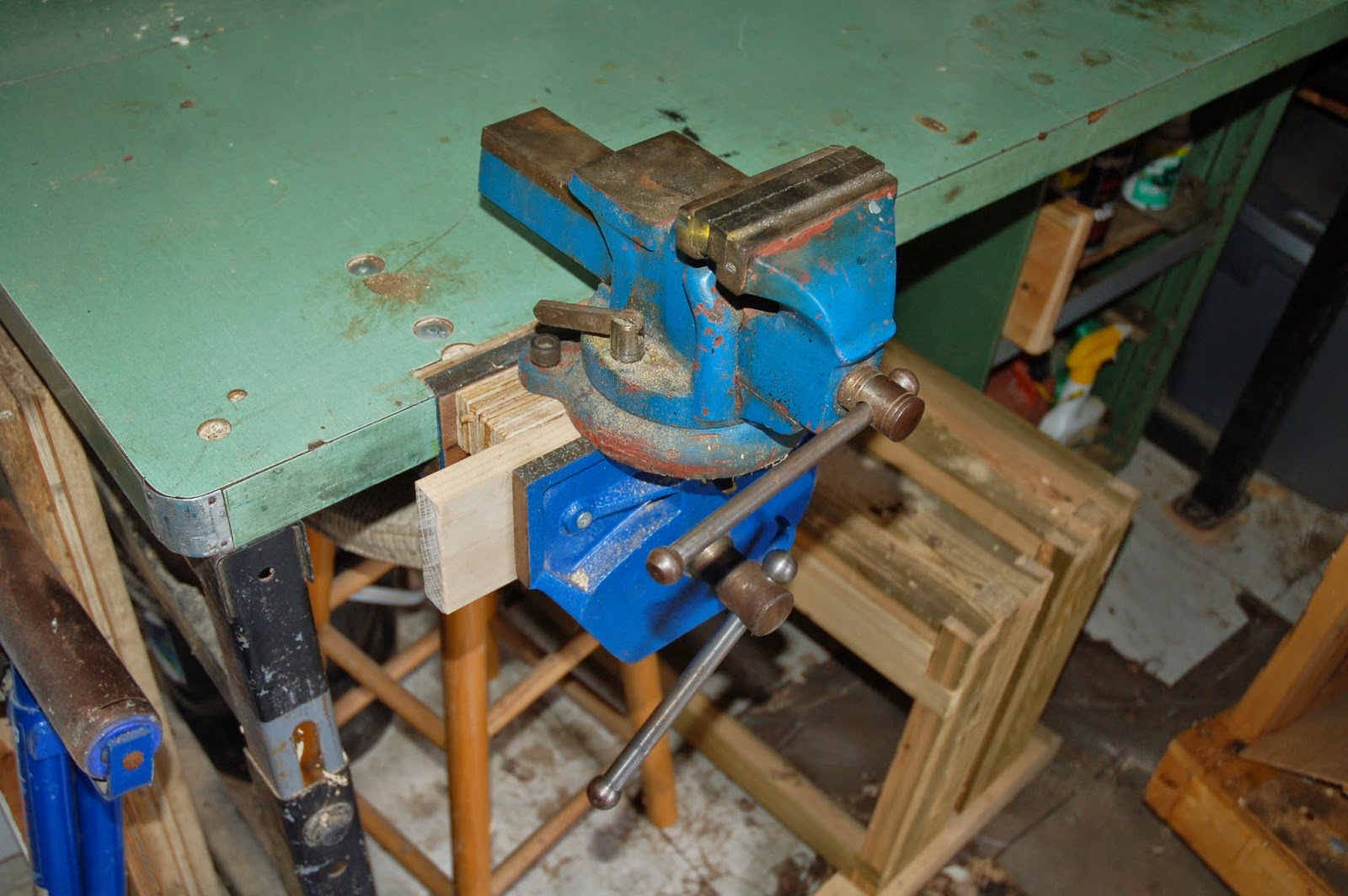 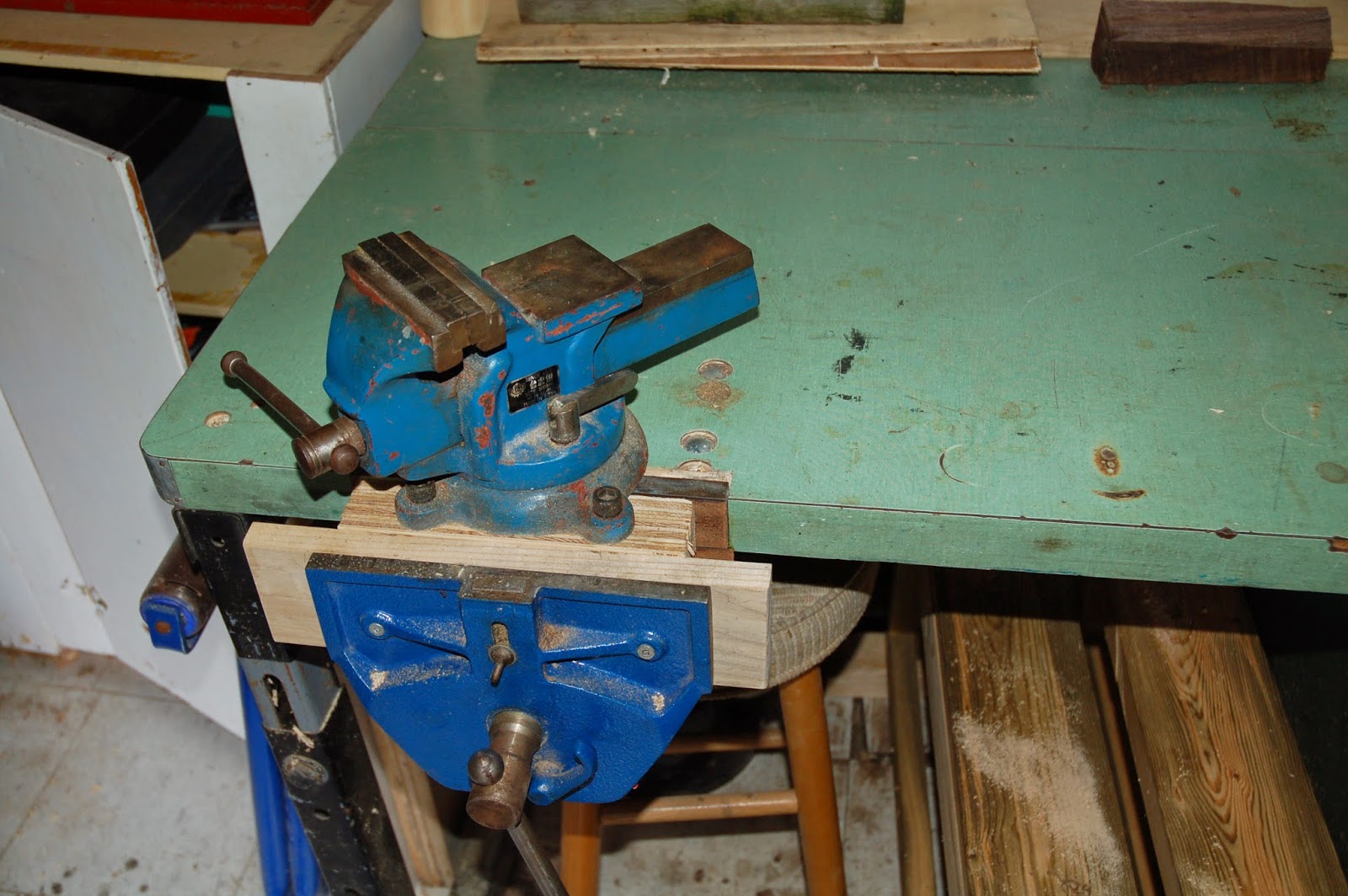 That is another bit of 2014 for you.  Thanks for dropping by!